The 2023 San Francisco International Film Festival starts on Thursday, April 13 and runs for ten days through
Sunday, April 23. This festival offers a look at more than 180 independent films by up-and-coming directors from around the world.

Stories from around 50 countries are featured each year.

Heading into its 65th year, this festival is also the longest running film festival in the Americas. Every year, it attracts an audience of more than 70,000 people.

Films for this event are shown at many of SF's top theaters, including the Castro Theater, the Victoria Theater, and the Roxie Theater in the Mission District. 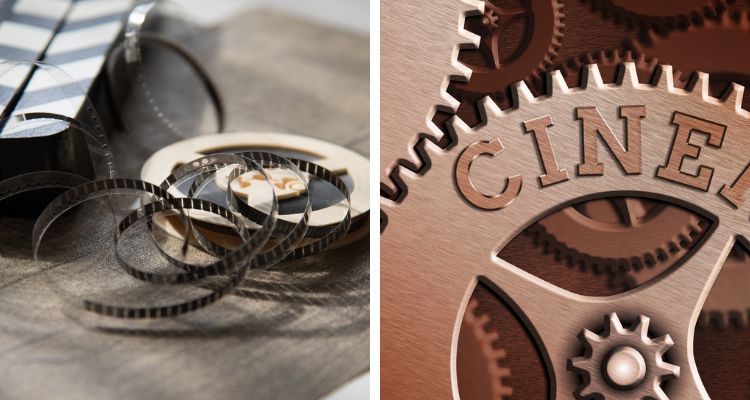 Closing night is on Sunday, April 23. You will find several films shown this day. After the final film, you can enjoy the closing night party. It's the perfect place to celebrate the closing of this year's event and mingle with other independent film lovers.

>> Click here to find a full list of films for this year along with ticketing information on their official site.

The San Francisco International Film Festival offers a variety of categories of films.

The following categories include feature length films: Narrative, Documentary, New Visions (experimental films), and Animated. All of these films are a minimum of 50 minutes each.

The second group of films are shorts. They offer the following categories each year: Animated, Documentary, Narrative, and New Visions. All of these films are less than 50 minutes.

In addition, they also encourage films created by young directors. Their Youth Works category is for those that are 18 or younger.

The San Francisco International Film Festival is the longest running film festival in the Americas. It's also a highly celebrated event with awards for each category. It draws in both big name starts and up-and-comers as well.

The festival started in 1957 by Irving "Bud" Levin. Levin was a theater operator in SF and thought it was time for the US to have a large, well renowned festival similar to those in Europe.

In the first two years, it was a tough sell as Hollywood and mainstream actors did not want to participate. They felt that independent, international films would compete too much with their bigger budget Hollywood films. However, that changed in 1959 with the showing of Beloved Infidel, starring Gregory Peck and Deborah Kerr.

Top Events in April and May

SF Theater: If you love the San Francisco International Film Festival, you will also enjoy SF's top-rated theater productions. Every year, the city welcomes big Broadway productions such as Wicked, the Book of Mormon, and The Lion King. Almost every night, you will also find several smaller shows at theaters throughout SF. Click here for details and the full theater calendar.

Mother's Day: Don't miss out on spoiling your mom this year in San Francisco. The entire day is full of fun activities from shopping in Union Square to special cruises around the SF Bay. You will also find several places to treat your mom to brunch or lunch on her special day. Click here to learn more.

Memorial Day Weekend: One of the biggest holidays this time of year is Memorial Day Weekend. Spend your holiday here in SF with the Mission District's large, lively Carnaval, ceremonies in honor of those who fought for our country, and cruises that celebrate this holiday. Click here to learn more.

Places to Stay in San Francisco

If you plan to spend some time in SF during the festival, you will find several great places to spend the night. I recommend choosing a spot in either Union Square or Downtown SF so you can easily get around the city.

You will also find some great rates for your stay on TripAdvisor.com.

SF Doc Fest: If you love documentary films, then head over to this year's SF Doc Fest. This annual event features some of the best up-and-coming documentary directors from all around the globe.

SF Frozen Film Festival: This annual festival focuses on the works of independent filmmakers, youth, and other under-represented artists. It lasts for two days every July.

SF International Festival of Short Films: This is another popular film festival held in October every year. It offers you the chance to watch some of the best short films of the year.

All Film Festivals: Are you interested in the other film festivals scheduled each year in San Francisco? Click here to discover a full festival calendar by month.