San Francisco festivals in June 2022 include the Union Street Fair, North Beach Festival, and Pride. You will find several each weekend throughout the month.

Other events focus on live music, comedy, and wine tasting. Read on for a full list of the best festivals this month in SF. 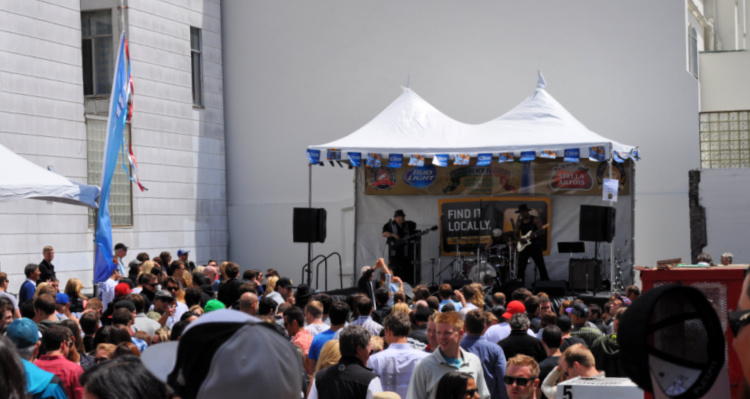 The annual San Francisco Jazz Festival offers 43 concerts of fantastic live jazz music at five venues over the course of 13 days. If you are a jazz fan, it's hard to beat this opportunity to see so many talented musicians come together in this beautiful city.

The concerts will take place at the SF Jazz Center in Hayes Valley, as well as at the nearby Davies Symphony Hall and War Memorial Performing Arts Center.

>> See the full schedule of concerts

One of the best San Francisco festivals in June for dance lovers is the Ethnic Dance Festival. The event features performances from dance companies with a variety of backgrounds.

You will see dances from places such as Japan, Indonesia, Spain, Hawaii, Cuba, and from many other locations.

Each summer, one of SF's largest neighborhood street fairs livens up the Marina District all weekend long. It runs from 10 am to 6 pm on both days, offering two stages of live music, delicious goodies from local restaurants, and arts and crafts.

This is one of the San Francisco festivals in June that is free to attend. Make sure to check out the special exhibits. All activities are on Union Street between Gough and Fillmore.

More: What to expect at this annual street fair

Of all the San Francisco festivals in June, this one unites the most diverse group of artists and audiences from around the globe. The SF International Arts Festival proudly welcomes artists from over 50 different countries, including those whose work has never before been seen in the US, as well as local Bay Area artists who are collaborating across borders on creative projects.

It is the festival's goal to form lasting relationships among the 270 arts ensembles. Just wait until you see the beautiful results of these unique unions at the Fort Mason Center.

>> Visit their site for details on all of this year's events

The theme in focus this year is "Beloved Community" with conversations on "Unleash the Power." Film screenings are free and will take place at the Brava Theater Center in SF's Mission District. When you attend, you will truly get a sense of the supportive community that this organization has built. It's one of the San Francisco festivals in June you will not want to miss!

>> Find out about QWOCMAP and their film festival

Every year, the Haight Street Fair brings even more color and life to SF's famous Haight-Ashbury District, which wears its hippie roots and bohemian free-loving spirit on its sleeves.

Come enjoy the live music and dancing in the streets to relive the glory days. Find the more than 200 art, food, merchandise, and community booths on Haight Street between Masonic and Stanyan from 11 am to 5:30 pm.

The SF Doc Fest is an annual two-week-long event devoted to documentary cinema. The festival prides itself on bringing "the most weird and wonderful aspects of real life" to the big screen. Every year, they screen dozens of full-length, mid-length, and short documentary films for the public to enjoy and learn from. You can watch the films at the Roxie and Vogue Theaters in San Francisco.

One of the most culturally significant San Francisco festivals in June is the annual Juneteenth Festival, commemorating the abolition of slavery in the US. Many of the activities at this street fair celebrate black heritage, including the live performances of Motown, soul, jazz, R&B, gospel, and reggae music.

In addition to the job fair, car show, and health and wellness fair, there will be information booths for community outreach programs and a kids' activities zone. Find all the festivities at Gilman Park.

>> Learn more about this annual festival

If you plan to stay for a night or two, make sure to check out these deals on hotels all around town.

The North Beach Festival is one of the longest-running San Francisco festivals in June in one of the most iconic neighborhoods. All weekend long, you'll find four stages of live music, over 20 gourmet food vendors, more than 100 artisan booths, and Italian traditions like street painting and "blessing of the animals" ceremonies.

The festival is free to attend and lasts from 10 am to 6 pm both days.

The center of the action is located at Broadway and Columbus Streets in the heart of SF's Little Italy.

>> Details about the North Beach Festival

The SF Black Film Festival was founded with the hope of providing a platform for black filmmakers, screenwriters, and actors to present their work. By offering this competitive film festival for underrepresented artists, the festival aims to expand the cinematic legacy of African Americans.

This is an especially important event for those emerging filmmakers who are just starting to make waves, as well as global contributors who provide diverse perspectives on the African Diaspora.

>> Find out more about the SFBFF and this year's films

One of the largest and most well known San Francisco festivals in June is the Gay Pride Festival, which celebrates the city's diverse community and long legacy of fighting for LGBT rights. This huge, colorful celebration takes over the Civic Center neighborhood all weekend long, offering over 300 exhibitor booths, great food, and 20 community-run stages with live music, dance, and entertainment.

On Sunday, June 26, you can watch the big parade make its way down Market Street at 10:30 am. If you're visiting town during this time, don't miss SF Pride, which embodies the San Francisco spirit unlike any other event.

>> What to expect at the Pride Festival

One of the local favorite San Francisco festivals in June is the weekly Stern Grove Festival, offering a free concert in the park every Sunday afternoon throughout the summer. The 83rd anniversary season kicks off on June 14 with the Big Picnic.

The Big Picnic is the festival's annual fundraiser, a catered lunch which precedes the first concert at 11:30am; it's the only part of the event that requires a ticket but guarantees you seating. If you want to come just for the music, come early as the park fills up quickly. Feel free to bring a blanket and a picnic meal.

>> Get the details on the whole summer concert series

Another one of the San Francisco festivals in June that features cinematic works is Frameline, the annual SF International LGBTQ Film Festival.

It's the largest and longest-running festival in the world that focuses on themes like adoption, HIV/AIDS, immigration, marriage equality, and other critical issues in this community. Throughout the festival, most films will screen at the Castro Theater, but some will show at the Roxie and Victoria Theaters in SF's Mission District, as well as at the Rialto Cinemas Elmwood in Berkeley.

The KalayaanSF festival is a Filipino that helps celebrate the independence of the Philippines in June 1898. This annual event offers dance troupe and other performances, exhibitors, a food alley, an evening concert, and a fun day of entertainment.

The event is held in the historic Union Square and runs from 12 pm to 7 pm with the big evening concert starting around 4:45pm.

>> Learn more about it here 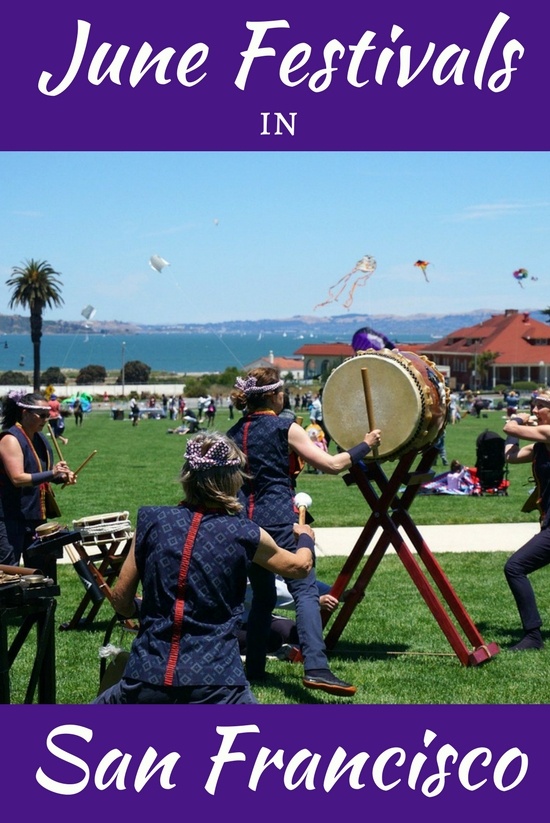