Mount Davidson in San Francisco: Climb to the Highest Peak in the City

Mount Davidson in San Francisco is the highest peak in the city. It reaches 928 feet above sea level and offers a great hiking experience.

The hill is well known for its 103-foot concrete cross on the top of it. Each year on Easter, you will find a sunrise service in front of the cross. They also have an annual event on April 24 to commemorate the Armenian Genocide. 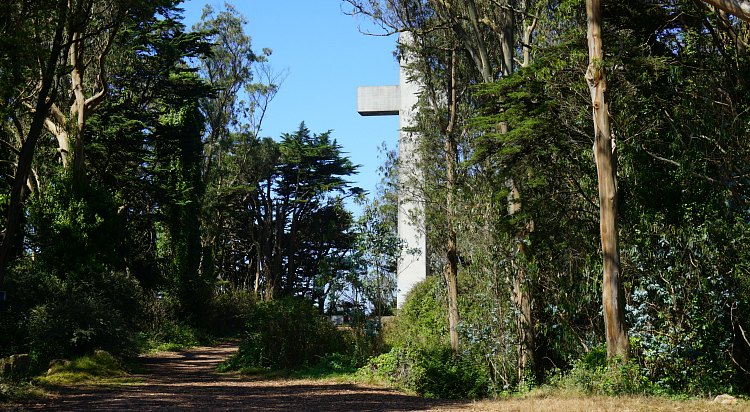 It's an off the beaten path gem and a perfect place to get outdoors and away from the hustle and bustle of the city.

Mount Davidson in San Francisco is a 40-acre park with some great trails. Although the summit near the cross is covered with trees, you will find a great lookout point with views of downtown SF, Twin Peaks and the surrounding area.

The majority of the park is owned by the city, except the summit where the concrete cross sits. Visitors are welcome to hike or visit the cross anytime between 6 am and 10 pm.

Even though there is only about a mile of trails in the park, you will find you will get a good workout and, possibly if you don't pay attention, lost. Many of the trails include several stone and wooden steps that take you up to the summit. 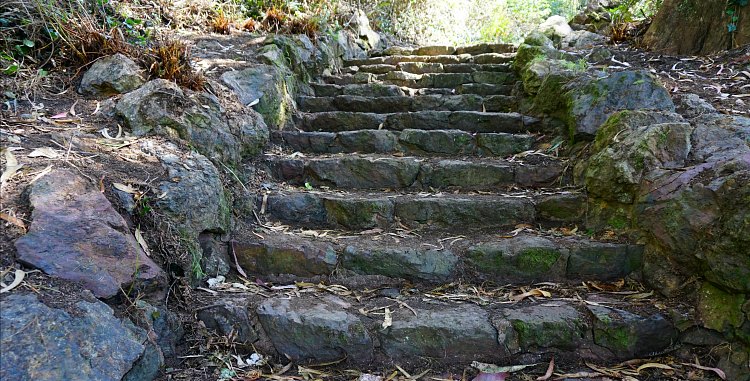 As you hike to the top, and then back down, make sure to pay close attention to the wide variety of vegetation here. Because it is so varied, the vegetation attracts more than a dozen species of local and migrating birds as well as more than 200 species of insects.

The wooded areas of the park cover more than 30 of its 40 acres. On the hill, you will find mostly blue gum eucalyptus. This tree was originally not native to the area and is considered invasive, but it's become an important part of this area's ecosystem.

There are seven places to enter the trails that lead up to the summit, but there are two that are the most widely used. The first is the main entrance on the southern side just northwest of the bus stop near Dalewood Way and Lansdale Avenue.

The second entrance is about a half block north on Dalewood Way.

The picture below shows you what the entrance to this second entrance looks like. 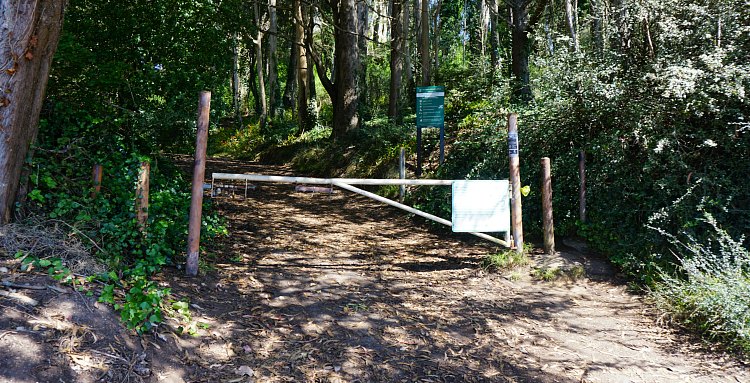 About the Cross & Controversy Surrounding It

The current cross on the top of Mount Davidson in San Francisco is the fifth one. In 1923, the first cross was built at the summit. It was a temporary cross and was replaced in 1924 with a more permanent wooden cross.

That one burned down the following year. 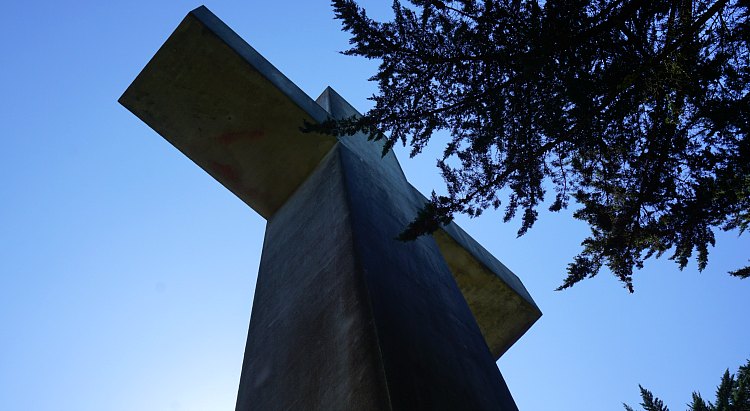 The current concrete cross was completed in 1934. It was lit for the first time a week before Easter that year. More than 50,000 people came to watch the lighting of the cross by Franklin D. Roosevelt, who lit it remotely from Washington D. C. by pushing a golden telegraph key.

Being that the city owned Mount Davidson in San Francisco and came under scrutiny in 1991 for having a religious symbol on public land. Several organizations sued and the city was forced to either sell the land or remove the cross.

After years of court battles, the city agreed to sell the cross to the Council of Armenian-American Organizations of Northern California (CAAONC) in 1997. Voters approved the sale that same year and now the CAAONC owns 0.38 acres of the park where the cross resides.

They now commemorate the Armenian Genocide every April 24. You can learn more about this from the plaque right next to the cross. 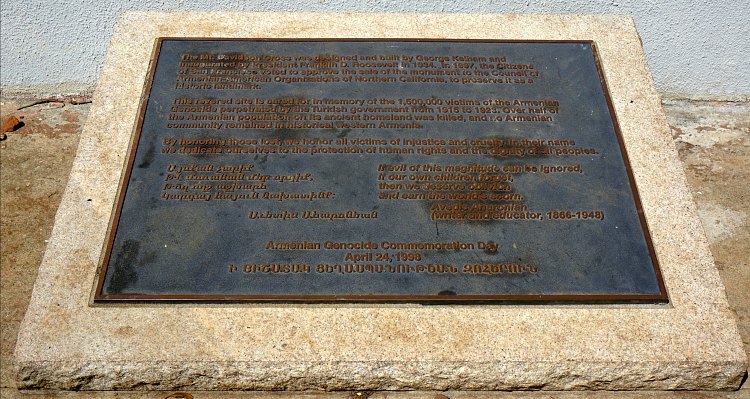 At sunrise on Easter, you will find a service at the cross. The service starts at 7 am with a shuttle service to Mount Davidson in San Francisco from the Forest Hill Station starting at 5:30 am.

The service attracts more thousands of people each year and is a treat for visitors celebrating Easter.

Take note that you will need to climb up the hill to the summit for the service. The trail is steep, but it isn't very far. There is very little seating too, so make sure to wear shoes that are comfortable enough to climb the hill and participate in the almost hour-long service.

Mount Davidson in San Francisco is in the southwestern part of the city near the Forest Hill and West Portal Districts. Use the address 39 Dalewood Way to get to the main entrance.

The best way to get here from Union Square is to take the J Muni light rail from Powell to the stop at 30th and Dolores. From here, you will want to hop on the 36 and take it all the way to Myra Way and Dalewood Way. This takes about 45 to 50 minutes.

If you are coming from Fisherman's Wharf, the best way to get here is to take the streetcar from Jones and Beach to the Muni station at the Embarcadero. Once you enter this underground station, hop on the J Muni and follow the instructions above. This will take about an hour.

Usually parking is easy in this district, so driving is an option. You can park on Dalewood Way close to the entrance for a few hours.If you are short on time and want to see Mount Davidson in San Francisco, then you can also take an Uber/Lyft or a taxi to the entrance.

You shouldn't have any problems getting one for your return trip either. 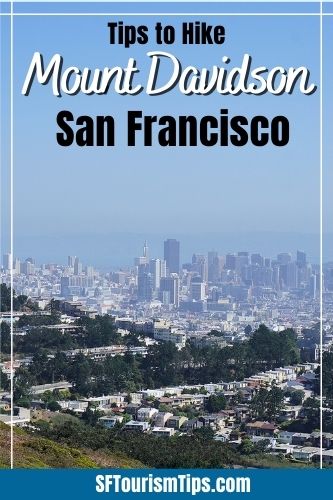