Are you interested in visiting some of our aquariums in the SF Bay Area? If so, this is where you will find a number of amazing and world class options.

Three of our largest aquariums include the Monterey Bay, the Aquarium of the Bay and the Steinhart inside the California Academy of Sciences. All three are large facilities with thousands of plants and animals.

Read on for information on the three largest and also three others that I think your entire family will enjoy. 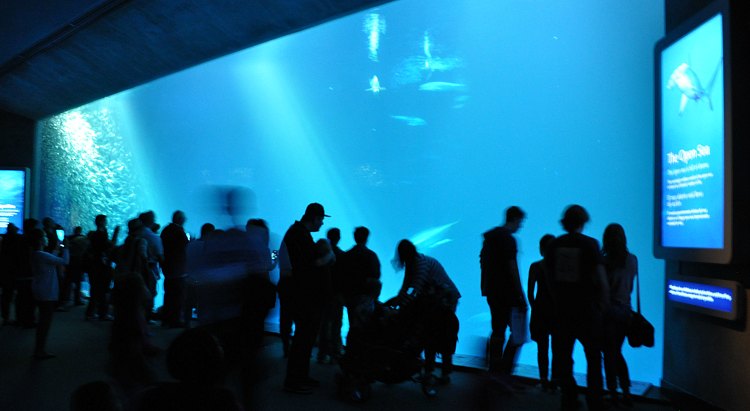 The Open Sea at the Monterey Aquarium

The minute you step inside, you will see why it is so highly ranked and respected by all.

Some of the highlights of the Monterey Bay Aquarium is that it features several large tanks with both plants and animals. The large Open Water tank is often a massive attraction and a magnificent sight to see.

It's a 1.2-million-gallon tank that houses a variety of wildlife from the Monterey Bay and has a huge glass wall so you can see everything that lives inside it.

Other top picks including the Kelp Forest (335,000-gallon tank), Monterey Bay Habitats (326,000-gallon tank), and the Sea Otters (55-gallon tank). This gives you a lot of choices and allows you to have space to move around the aquarium, as it can get quite busy at certain times of the year.

There are also fun kids' activities and around 35,000 plants and animals in total.

2. Aquarium of the Bay

Pier 39 is where you will find another one of the top aquariums in the SF Bay Area. The Aquarium of the Bay features plants and animals that live in the SF Bay.

They include jellyfish, a large Pacific Octopus, and even sharks. You will also see starfish, stingrays, and river otters. 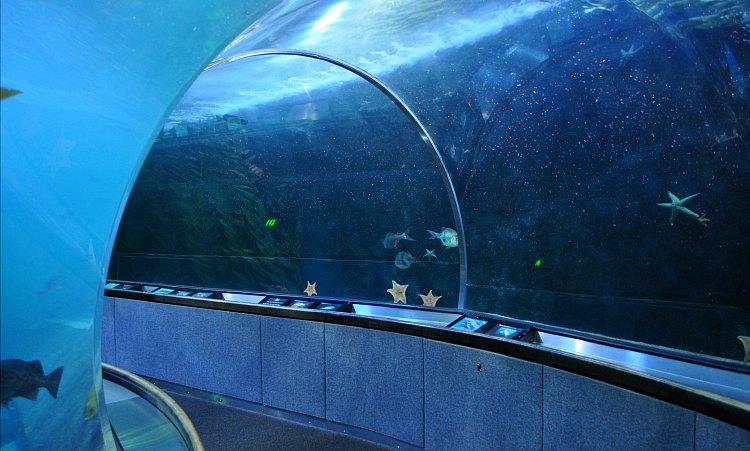 One of two tunnels at the Aquarium of the Bay

One of the highlights here is their walk-through aquarium tunnels. You'll walk through about 300 feet of see-through tunnels as you admire bay animals all around you.

The first tunnel is home to animals that live in depths of around 10 to 15 feet below the waters in the bay. The second tunnel takes you down a bit deeper where you will see some of the largest animals that call the bay home including Leopard and Soupfin sharks.

The aquarium is in Fisherman's Wharf at the end of Pier 39.

The Steinhart Aquarium is another one of the impressive aquariums in the SF Bay Area. You will find this one inside the California Academy of Sciences. 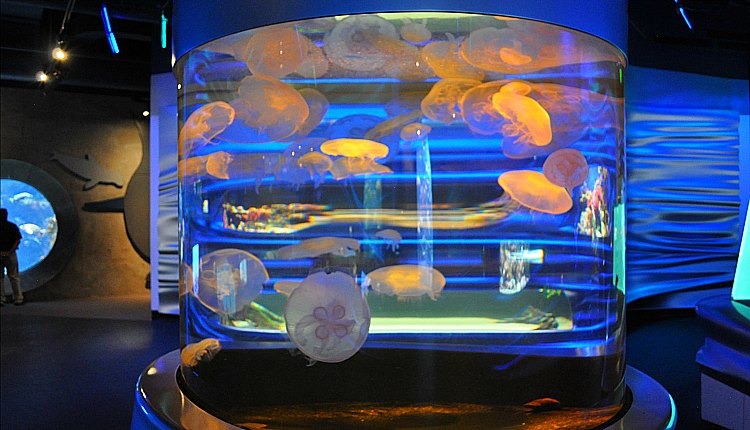 Jellyfish at the California Academy of Sciences

This aquarium features several tanks, so you can walk around each one and get a close-up look at the animals inside. The overall aquarium holds more than 40,000 animals that represent more than 900 species from all over the world.

One of its most famous residents is "Claude". Claude is a rare white alligator. They are extremely rare, and this is probably the only place on the Earth where you can see one. He is worth the visit alone and yet there is still so much more to see here.

In addition to the aquarium, this museum is also home to a 4-story rainforest, a planetarium, and a natural history museum. It's our most visited museum every year.

You will find it on the eastern end of Golden Gate Park.

Other Smaller Aquariums in the SF Bay Area

This is one of the aquariums in the SF Bay Area that isn't located in the city. It is across the bay in the quaint little town of Alameda. It has been in operation for over 40 years and yet is still a hidden gem and worth visiting when you are on your trip to San Francisco.

The Crab Cove Aquarium features a 800-gallon tank, interactive tours, and lots of fun exhibits for kids. Check out the Crab Cover Marine Area to see what lives under the water as the tides roll out back into the bay.

An hour and a half south of San Francisco, you will find the gorgeous town of Santa Cruz which is home to the Seymore Marine Discovery Center.

This is one of the favorite aquariums in the SF Bay Area because you can do things such as touch a shark (don't worry as it is friendly and won't bite you), learn about the native sea creatures like hermit crabs and sea urchins, and take pictures in front of the 87-foot blue whale skeleton.

It is one of the largest skeletons anywhere in the world!

Even though this isn't technically an aquarium, I've added it because there are so many cool things to see and do here related to the San Francisco Bay. The Marine Mammal Center is just north of San Francisco in the beautiful town of Sausalito.

You are in for a treat when you visit here because you will see all kinds of seals, including ones that are being brought back from the edge of extinction. You can also take tours, learn more about all the wildlife here, and even volunteer.

Best of all, admission is free for all. You don't need an appointment unless you have a group of more than 10 people. 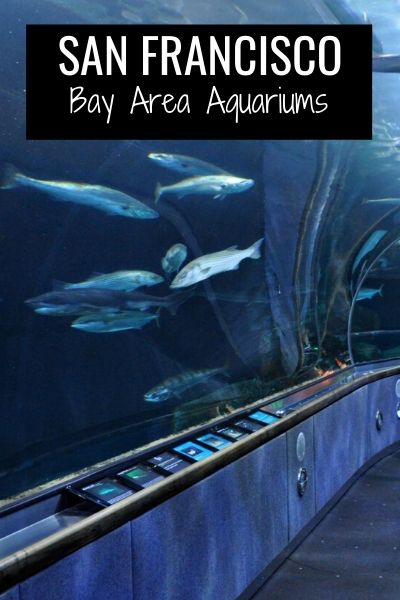 More Fun Things to Do with Kids in SF