History Museums in San Francisco: Tips to Visit the Most Popular Ones

You will find a wide range of history museums in San Francisco.

In the sections below, you will find important information for each one as well as tips for visiting. 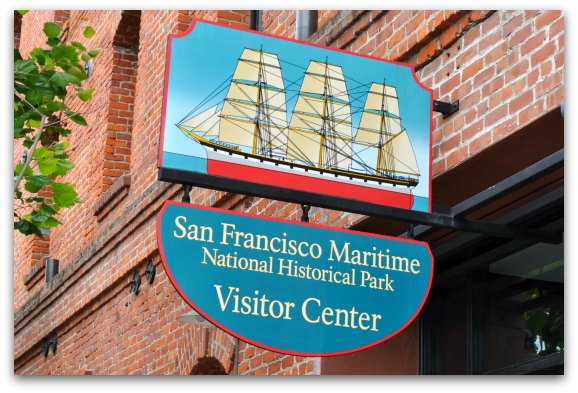 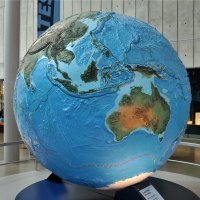 The California Academy of Sciences is one of the most popular history museums in San Francisco. This is where you will find the Kimball Natural History Museum. It's one of four "museums" you will find inside this Golden Gate Park attraction.

When you purchase an admission ticket, you will gain access to all four museums. The other three include the Steinhart Aquarium, the Morrison Planetarium and the Osher Rainforest.

Quick Facts: The Kimball Natural History Museum follows the timeline for evolution. Inside, you will learn about tectonic plate movements, see an 87-foot-long blue whale skeleton, and learn more about how our ancestors survived harsh environments.

Location: Inside the California Academy of Sciences at 55 Music Concourse Drive

Cost: Prices change based on demand and start at $39 to $45 for adults and discounts for children, seniors and students with IDs, Admission is included with the City Pass discount card. You can also pick up skip the line tickets, so you don't have to waste any time when you arrive.

Insider's Tips: Make sure to arrive first thing in the morning so you can get tickets to one of the planetarium shows. They offer the tickets on a first come, first served basis and it's one of the things you do not want to miss here. Also, make sure to head to the top to check out its amazing living roof! 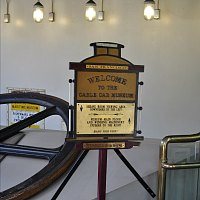 One of the things that makes San Francisco unique is the fact that we are one of the only cities in the world that still runs cable cars. There are three cable car lines up and running.

This is also one of the reasons the Cable Car Museum is one of the most popular history museums in San Francisco. It’s easy to spot a cable car on the street and you can learn more about them here. Quick Facts: Four cables pull the three cable cars along the streets of San Francisco. You can see all four running during your visit.

Free Days: This is one of the history museums in San Francisco that is free, all the time! Find more free museums in SF.

Transit: Take a cable car! The Powell Mason cable car runs right in front it. You can also get here from the Hop On/Hop Off tour -- get off at the stop in North Beach and walk up Washington Street. It is about five blocks away from this stop on the northern end of Nob Hill.

Insider Tips: It is in the front part of the cable car barn, where they put the cars away at night. Head up the hill on Washington Street for the chance to see a car entering or leaving the barn. The best view is from across the street. 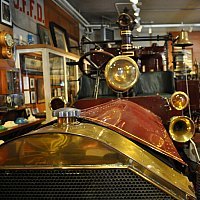 The Fire Department Museum takes you back through the history of the fire department. Not only will you learn about the department and some of its old firehouses, but you will also learn more about some of its infamous fires. These are the reasons it is one of our top history museums in San Francisco.

Two of the fires covered here are those that started after the 1906 earthquake and the 1989 Loma Prieta earthquake. Both of these fires caused quite a bit of damage to the city.

Quick Facts: See hundreds of photographs and other items from some of the most famous fires and firehouses in San Francisco.

Free Days: This is another one of the history museums in San Francisco that is free, all the time!

Insider Tips: It is free and run by volunteers, so make sure you call ahead to confirm they are open before heading over; 415-553-3546 after 1 pm to see if they are open. 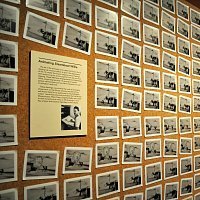 Disney was a controversial man both while he was alive and after his death. This is a great way to find out about the real man and what he stood for in life. It's also one of our most visited history museums in San Francisco. Quick Facts: It features some never before seem pictures of his life and family.

Location: The permanent gallery is at 104 Montgomery Street in the Presidio. Two other buildings near the permanent exhibit are used for traveling exhibits, movies and other special events.

Hours: Thursday through Sunday from 10 am to 5:30 pm; closed every Monday - Wednesday and on New Year's Day, Thanksgiving and Christmas

Transit: The Hop On/Hop Off tour is a great option for getting here. The other option is to take the bus. You will need to pick up the 30 near Union Square and take it to the stop at Mason and Halleck Streets. You will then need to walk about 10 minutes over to the museum.

Insider Tips: Some of the special exhibits are not included in your general admission tickets. Check the calendar before visiting to see if you want to also buy tickets for these special events. 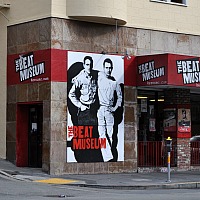 The Beat Museum is one of the more eclectic history museums in San Francisco. This city was the heart of the Beat Generation in the mid-1950s. This famous group of writers created and publicized their unique culture that included experimental drugs, sex and an overly expressive ways of living their lives.

Jack Kerouac, Allen Ginsbery and Lawrence Felinghetti are three famous writers of this generation. Here you will find memorabilia, early writings and other items from these three and other famous people included in the culture of the Beat Generation. Quick Facts: It was originally between San Francisco and Big Sur. However, they moved it here several years ago since it was the main location for this generation.

Transit: This is another one of the museums in San Francisco that is centrally located. It is in the heart of the North Beach area. You can access it from the Hop On/Hop Off bus. Another fun way to get here is by taking the Mason/Powell cable car line from Union Square.

Insider Tips: It is quite small, just two floors of items. However, if you are fascinated by the Beat Generation, there is no better museum to visit than this little gem in the North Beach neighborhood. 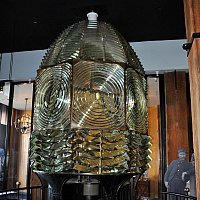 The main part of the Maritime Museum used to be in the white bathhouse on Beach Street, right next to the water. This area is now used for temporary exhibits. It's one of the history museums in San Francisco I recommend you check out, but it only takes a few minutes.

A few years ago, a new, larger Visitor's Center opened on the first level of the Argonaut Hotel on Jefferson and Hyde Streets. This is where you will find some wonderful exhibits on display about the history of Fisherman's Wharf.

It has the entire history of the waterfront in San Francisco. It shows details on important ships coming in and out of the San Francisco bay as well as a timeline for all of the changes over the years.

At the San Francisco Maritime Museum, you will also learn a little about the California Gold rush, shipwrecks and communications at sea. There are also interactive activities as well as some movies and other hands on learning exhibits. My favorite part is the lighthouse lens from the Farallon Islands lighthouse. It's really interesting to see up close how the light works.

It is free and is open every day from 9:30 to 5, with longer hours in the summer. This is one of the history museums in San Francisco that closes on Thanksgiving, December 25 and New Year's Day. 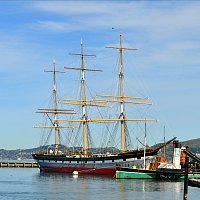 In addition to the Maritime Museum, you can also visit the old ships at the Hyde Street Pier. Here you can visit three old ships with a long history. You can also walk along the pier for free if you decide you are not interested in visiting the inside of any ships.

Quick Facts: There are seven historic ships at the pier, but you can only tour three of them. The oldest one is from 1886 and the youngest ship was built in 1915.

Location: The pier at Jefferson and Hyde Streets on the western side of Fisherman's Wharf.

Cost: $15 per person and the tickets are good for seven days; supervised children under 16 get in free.

Transit: You can walk from anywhere in Fisherman's Wharf. The best way to get here is to either use the Hop on/Hop Off bus or the Powell/Hyde or Powell/Mason cable cars from Union Square.

Insider Tips: There are daily guided tours of the three main ships. Ask for the daily schedule when you arrive. Also, there are sailing demonstrations most weekend days. 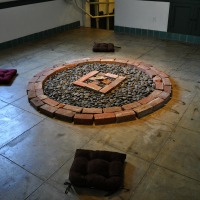 The Chinese Historical Society is another one of the specialized history museums in San Francisco. Located in the heart of Chinatown, this museum showcases the experiences of Chinese Americans.

Here you can see hundreds of artifacts, art pieces and photographs documenting their lives and culture. The museum is a one of a kind and worth a visit if you want to learn more about the history of the Chinese Americans.

Quick Facts: It is maintained by the oldest and largest Chinese Historical Society in the country.

Hours: Wednesday through Sunday from 11 am to 4 pm

The Go City is a multi-day pass that gives you access to more than 25 attractions in San Francisco and the surrounding areas. It includes admission to some of the history museums in San Francisco including the California Academy of Sciences, the Walt Disney Museum, and the Beat Museum.

With this pass, you also gain access into the Aquarium of the Bay and the Exploratorium. Other benefits of it include bike rentals and a Golden Gate Bay Cruise.

You will not have to buy tickets to all of these places separately. The Go City makes it easy to visit the most popular places in San Francisco and the bay area without having to carry around a pocket full of tickets. It's also flexible, since you can buy it for one, two, three, or five days -- however long you plan on visiting San Francisco.

By buying the Go City pass, you also save money. You pay only a fraction of the cost of admission to all of these attractions than if you paid for them separately. Discover even more benefits and pick up your Go City pass today!

One of the best ways to understand the layout of San Francisco is by taking a Hop On/Hop Off Tour. It's also a great way to get around the city the first day or two of your visit.

These tours offer different stops in San Francisco. It makes a complete circle of the city and you can hop on and off at any of the stops all day. You can buy either a one day, two day or three-day ticket.

This is the best way to get to some of the history museums in San Francisco that are a little further away such as the California Academy of Sciences. Pair this with the Go San Francisco card and you are set for a carefree adventure in the city by the bay.

My favorite one is the tour through Big Bus Tours. Find more about their most popular Hop On Hop Off tour.