If you enjoy movies, you will love the diversity of films at this year's San Francisco film festivals. Each year, you will find almost fifty festivals that range from the large International Film Festival in April to the smaller Dance Film Festival in November. 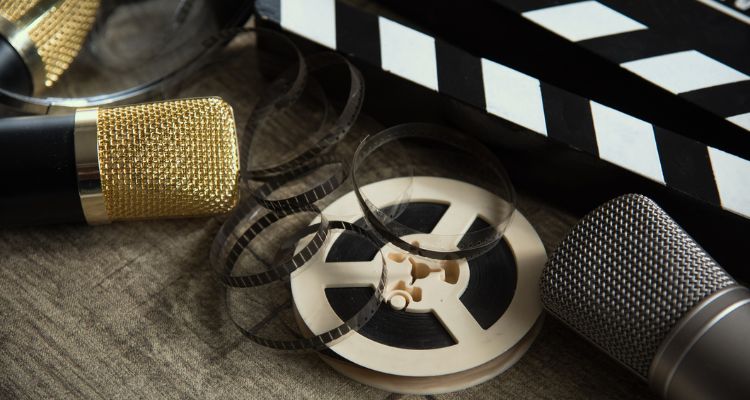 Others showcase works based on educating the public about a specific issue. These festivals range from the Ocean Film Festival in March to the Human Rights Festival in the spring.

Since the number of qualified entries drives their calendar, many do not post their exact festival dates or schedule until a few months before the event. However, each festival runs in the same month year after year.

This year's San Francisco film festivals show their masterpieces at theaters throughout the city. However, you will find a large number at either the Roxie Theater in the Mission or the Castro Theater in the Castro.

Noir City (TBD): Enjoy classic noir creations from around the world at this year's Noir City Film Festival. Most of these works are from the 1940s and 1950s.

Each night, you get the chance to see two of the best works from a specific country such as France, Argentina and the United States.

This year's event is in Oakland at the Grand Lake Theater.

Human Rights (TBD): The University of San Francisco is the setting for the 17th annual Human Rights Film Festival.

All features explore human rights abuses in locations such as the U.S., El Salvador, Indonesia, North Korea, Argentina and Mexico. Films highlight issues from political repression to torture and killings.

The festival opens with a series of shorts produced by USF students. All events are free and open to the public.

SF Urban Film Fest (3/6 - 3/12): We all know San Francisco is a big, beautiful, complex city. But what does that mean? Let yourself delve deeper into this urban world with the 4th annual week-long SF Urban Film Fest, whose film screenings, panel discussions, and storytelling workshops are designed to inspire and awaken civic engagement.

Berlin & Beyond (3/23 - 3/26): This year marks the 27th Anniversary for this popular SF event. All productions are from Germany, Austria and Switzerland. This one showcases the amazing talent from this part of the world.

Ocean Film Festival (4/13 - 4/16): This year marks the 14th anniversary for the Ocean Film Festival. Over the course of five days, you get the chance to see more than 50 works that celebrate the oceans around it. They include pieces on our oceans' fragile ecosystem, stories about those that explore its depths and surfers that use it to make a living.

San Francisco International Film Festival (4/13 - 4/23): This is one of the largest San Francisco film festivals. It's also the longest running film festival in the Americas. For two weeks in the spring, it features more than a hundred and fifty films from more than 50 countries.

San Francisco Greek Film Festival (4/22 - 4/29): All pieces shown during this festival showcase works from Greek filmmakers. All 20 productions include English subtitles. In addition, producers from Greece will be on hand to interact and answer questions about the Greek film industry.

SF Doc Fest (6/1 - 6/11): This annual event dedicates itself to documentaries. It started in 2001. This two week event showcases real live stories that give us a look inside the beautiful and chaotic world we live in. In 2021, they are having both virtual and in person films at the Roxie Theater.

FRAMELINE (TBD): Frameline is SF's International LGBT Film Festival. Pieces include documentaries that capture the spirit of the community, world cinema with international themes and shorts that provide a quick look at stories about this community.

Silent Film Festival (7/12 - 7/16): This unique festival celebrates silent movies as an art form. For four days, you get the chance to see 18 beautiful pieces set to music. All films show at the gorgeous Castro Theater near the corner of Castro and Market Streets.

SF Frozen Film Festival (TBD): This is one of the San Francisco film festivals that offers the chance for independent filmmakers, youth, and artists in under served communities to showcase their creations. All films play at the Roxie Theater in the heart of SF's Mission District.

San Francisco Jewish Film Festival (TBD): This event introduces you to documentaries, feature films and narrative shorts produced by members of the Jewish community. All entries are from independent filmmakers that create pieces reflecting the traditions, history and thoughts of this community.

LABORFEST (All month long): For over 25 years, this is one of the San Francisco film festivals that showcases the history and culture of working people. It tells the real story of those working hard to make a living including people in unions, unorganized workers and those that support them. It includes films, but also walking tours, talks, and other important events throughout SF.

None in August at this time.

Iranian Film Festival (TBD): All pictures are about or made by Iranians from all over the world. You will see both independent features and full length films during this two day event in September.

Irish Film Festival (TBD): SF's Irish Film Festival highlights the best in contemporary Irish cinema. It presents everything from documentaries to original Irish language films (all with English subtitles). It's the chance for the Irish community to showcase their talents and help others learn about their unique culture. The festival will be both live and online.

SF International South Asian Film Festival (TBD): This fest offers the best independent cinema from South Asia and the Diaspora. It's the oldest South Asian film festival in the US. Enjoy everything from documentaries to Bollywood over three days of screenings at the Roxie and Castro Theatre.

Latino Film Festival (TBD): This annual festival showcases works from both up-and-coming and well known filmmakers from the US, Latin America, Spain, and Portugal. The festival includes documentaries, fiction, and short films. All focus on the Latino culture and communities.

UNAFF (United Nations Association Film Festival) (TBD): For ten days, you get the chance to catch a variety of documentary films dealing with human rights, environmental issues, population, and migrations. Other film topics include women's issues, refugees, homelessness, racism, health and more. Films are from independent film makers from around the world.

American Indian Film Festival (TBD): All pictures shown during this event highlight the people, artists and activities of the American Indian community. Works presented are from both Indian and non-Indian filmmakers. Many showings offer a conversation with the director at the end.

Legacy Film Festival on Aging (TBD): Features independent films about aging. Movies include topics such as beauty, fashion, and the joys and struggles people face as they age.

Transgender Film Festival (TBD): This is a San Francisco film festival that offers an opportunity for the transgender community to get their story out to the rest of the world. For three days in November, it features award winning flicks by transgender and gender variant artists from around the world. This will be online only.

Arab Film Festival (TBD): This is one of the San Francisco film festivals designed to raise the awareness of the Arab community. It features productions with an alternative view of real life Arab people and their culture, history, art and politics.

SF International Festival of Short Films (TBD): If you like your movies in bit size chunks, then this is the festival for you. All movies shown during this event are less than 30 minutes. It's one of the best as they offer a diverse range of engaging materials in a short amount of time that will really make you think.