My Website
Probably the best tagline in the world
Menu

The 17th Annual San Francisco International Ocean Film Festival is postponed due to the coronavirus (COVID-19). They will announce new dates sometime soon.

This unique festival features dozens of independent pieces (including documentaries, narratives, shorts, and animations) from around the world. All works focus on raising awareness around ocean-related issues with social, environmental, and cultural significance. 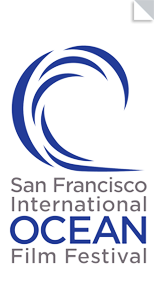 All films show at the Cowell Theater at the Fort Mason Center near Fisherman's Wharf.

They do an amazing job with the set up of this festival. They have programs that include a three to four films on a specific topic.

Popular topics include sharks, whales, or other animals. Other groups of films include topics such as surfing or sustainable seafood programs.

There are usually one or two panel discussions. Some filmmakers are also typically on hand to discuss thier films with the audience.

Each year, the festival also offers films that made it to the final round of the student competition. This year, you can see these films on Sunday morning starting at 10am.

Tickets can either be purchased for individual programs, for specific days, or for the entire festival. Tickets are around $8 to $15 per program, $24-$48 for a day, and $295 for an all access pass.

Tips to Get to the Ocean Film Festival

The SF International Ocean Film Festival is in the Cowell Theater at the Fort Mason Center. You will find several SF Muni stops nearby.

Powell/Mason Cable Car: Another unique option from Union Square is the cable car. The final stop for the Powell/Mason line drops you off about 4 blocks from Fort Mason. The cost is $7 per person each way.

Taxi: You can also take a taxi from anywhere in the city over to the Ocean Film Festival. This is an easy option, but the also the most expensive. Fares start at just over $3. A ride from Union Square will cost around $15. Expect to pay around $20 or more from most other parts of San Francisco.

If you want to grab some lunch or dinner either before or after the International Ocean Film Festival, you will find plenty of options. Here are just a few of my favorites in Fisherman's Wharf, right next to the Fort Mason Center.

Boudin Bakery: Enjoy some yummy clam chowder as you stare out over the waters of the SF Bay at their restaurant at 160 Jefferson Street.

Buena Vista Cafe: Spend time in one of SF's most famous cafes where the Irish Coffee was introduced to the US. They have amazing fresh crab dishes as well as classic American meals. They are on the corner of Hyde and Beach Streets.

Pier 39: You will find a large selection of places to grab a bite to eat on Pier 39. Choose from popular American cuisine at the Hard Rock Cafe or head upstairs for a more upscale experience at Neptune Waterfront Bar & Grill.

Other Things to See in Fisherman's Wharf

There are several other fun things to see and do in Fisherman's Wharf. Click here for a list of the most popular attractions and activities, including a visit to the Aquarium of the Bay, a stroll through the historic ships at the Hyde Street Pier, and shopping at Ghirardelli Square.

In addition to the International Ocean Film Festival, you will find almost 50 other film festivals each year in San Francisco. Click here for a complete list of film festivals, including dates, times, and schedules for all upcoming events.