Discover Thought-Provoking Films at Venues throughout the Bay Area

The 39th Annual San Francisco Jewish Film Festival features a large selection of films from independent artists around the world. This three-week festival is from July 16 - August 2, 2020.

The festival attracts over 35,000 moviegoers each year and offers over 120 screenings throughout the Bay Area. 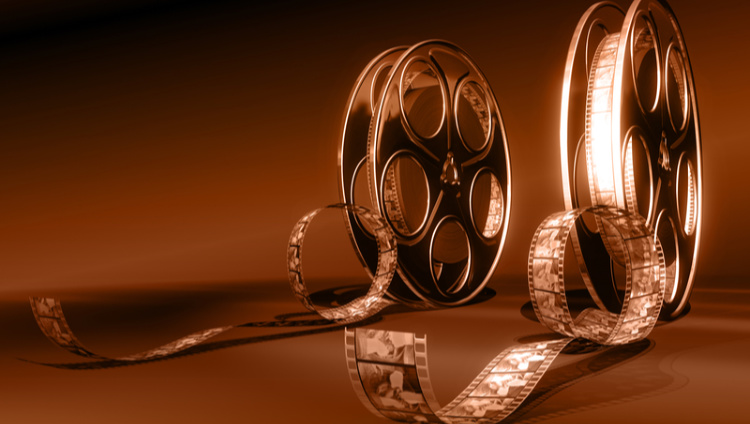 This year, the films are at the Castro Theater in San Francisco and at several other theaters in Berkeley, Oakland, Palo Alto, and San Rafael.

Films at the Castro Theater run from July 16 to August 2 for 2020. Each day the festival offers five to six shows each day. After opening night, films run from 11am or 12pm until late in the evening.

Location & How to Get Here

The Castro Theater is near the corner of Market and Castro Streets in the Castro District.

The easiest way to get here is to take the underground Muni trains (K, L, M or N) to the Castro Street Station. Exit near Harvey Milk Plaza and walk just a half block to the Castro.

Great Places to Eat Nearby

You will find several great place to eat nearby. Some of my favorites include pizza by the slice at Marcello's Pizza (420 Castro Street) or pub food at Harvey's (500 Castro Street).

If you are looking for something a little nicer, click here for find some of my other recommendations in this district.

Places to Stay Nearby

If you plan on attending several of the films at this location during the San Francisco Jewish Film Festival, you can stay at one of the cute B&Bs in this district. The Parker Guest House is just around the corner at 520 Church Street. You can also stay at the small Inn on Castro (321 Castro Street) or The Willows Bed and Breakfast (710 14th Street).

Before you book your hotel, make sure you check out all of the hotel specials on TripAdvisor.com. Their deals range from discounts off your nightly stay to free parking or Wi-Fi. Click here to check them out today!

In 2020, you can head down to Palo Alto to check out the San Francisco Jewish Film Festival shows. During specific days during the festival, you will find four to five films here.

The Cinearts Theater is at 3000 El Camino Real in Palo Alto Square. This is just a few blocks south of the Stanford Campus.

The Albany Twin Theater is at 1115 Solano Ave.

In 2020, the Piedmont Theatre in Oakland will host several films during the San Francisco Jewish Film Festival.

The Piedmont Theatre is at 4186 Piedmont Avenue in Oakland.

In 2020, participants can view four to five films a day at the Smith Rafael Film Theater in San Rafael.

The Smith Rafael Film Theater is in the heart of downtown San Rafael. It's at 1118 Fourth Street.

2020 Schedule: Click here to visit the San Francisco Jewish Film Festival site for a full schedule and to purchase your tickets today.

In addition to the regular schedule, the San Francisco Jewish Film Festival also features an opening party at the Contemporary Jewish Museum.

Opening night is on Thursday, July 16. The night starts with the opening film at the Castro Theater. You can then head over to the Contemporary Jewish Museum. The after party starts around 9pm.

You can buy three types of tickets:

You can purchase your tickets at the door or online in advance. Some films will sell out, so make sure to buy them in advance if you are set on seeing a specific film at a specific time.

Click here to find more ticketing details and to buy your tickets from the official Jewish Film Festival site.

More Events You Will Enjoy

Other Film Festivals this Month

Laborfest: Laborfest is a large event that includes films, panel discussions, historic walks, and other events that focus on the history of the working community in America. Click here for details.

Savings Tip: Before attending any film festival (or any event in SF), make sure to check Goldstar for discounted tickets. This online retailer often offers tickets at up to half-off top SF events, tours, and other annual activities. I use them ALL the time and it allows me to see and do more. Click here to check out their current selection.

Outside Lands Festival: One of my favorite music festivals every summer in SF is the three-day Outside Lands Festival. Every August, thousands of music lovers descent upon Golden Gate Park for live music, gourmet food, and more. Click here for a list of this year's performers and more on this festival.

SF Theater: SF's theater calendar includes dozens of performances each week. They range from large production shows such as The Lion King or Mama Mia! to smaller productions with local artists. Click here for a schedule by month.

Yerba Buena Festival: Every summer from May to October, head over to the Yerba Buena Gardens for their annual free festival performances. Several times a week, catch local musicians, circus artists, and other performers at one of several places within Yerba Buena. Click here for the latest schedule.