Sample local and international brews at one of these top San Francisco Beer Festivals. Many of these events offer a few hours of tasting some of the best local craft brews. Many also invite some of the Bay Area's top food trucks, so you can savor some tasty eats while you enjoy your beer. 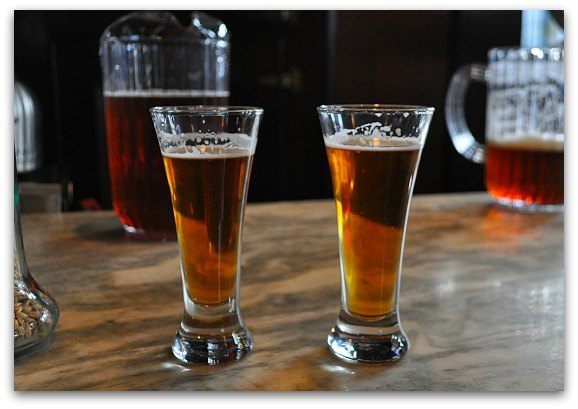 The Bay Area Brew Fest is one of the San Francisco Beer Festivals that offers two events every year. The first is in late January and the second is in August. During their one-day events, you will find both domestic and international beers.

They typically offer two tasting sessions during the day. The first is in the afternoon and the second in the evening. Both are usually around three hours long.

This event raises money for the Cooper's Dream Animal Rescue, which helps end euthanasia in adoptable dogs by helping to find permanent homes for them.

Date: Twice a year in late January and August

Learn More: Find Dates on the January and August Calendars

One of the best beer events all year long is SF Beer Week. This 10-day event offers you the opportunity to check out local brews, talk to brew masters, and participate in dozens of other fun beer related events.

In addition to the events in SF, you will also find a number of SF Beer Week festivities in the North, South, and East Bay areas.

Enjoy beers and raise money for a good cause at the annual BreastFest event. This event is held in a different location in the Bay Area each year.

This one-day brew fest serves up a variety of local, national, and international beers. Top choices from around the Bay Area include Elevation 66, Half Moon Bay Brewing Company, and the 21st Amendment. In addition, you can also buy raffle tickets to win great prizes such as a bike, gift certificates to local breweries, and t-shirts and other items from the festival itself.

This beer festival raises money to help low-income women get breast cancer screenings, and other desperately needed services, to live a long and healthy life.

Brews on the Bay is an event held on board the S.S. Jeremiah O'Brien in Fisherman's Wharf. This WWII Liberty Ship is the perfect place to enjoy an afternoon of craft beers. This event is five hours long and includes an unlimited number of 8-ounce pours. There are usually more than 60 brews on tap from a variety of local brewers including 21st Amendment, Magnolia Brewing Company, and Fort Point Beer Company.

The S.S. Jeremiah O'Brien stays docked during the event, so they can offer you gourmet goodies from some of the top food trucks in the area (not included in the price).

Head over to Martinez for the annual Craft Beer Festival. During this one-day event, you can sample beers from more than 75 breweries. If you really want to taste everything, and impress your friends, you can actually select from over 150 different beers. Your admission ticket includes unlimited samples (2 oz. each), a tasting glass, and access to many informative seminars.

Learn More: Visit the April Calendar for this Year's Date

One of the biggest annual San Francisco Beer Festivals is the International Beer Festival in May. This event is usually held at the Fort Mason Center and features more than 150 beers.

Due to the size of this event, they offer brews from several local, national, and international breweries. You will typically find top local brewers such as 21st Amendment, Anchor Steam Brewery, and Pizza Orgasmica & Brewing Co. The international brands include Sam Adams, Modelo, and Blue Moon.

This event is for a great cause as it's the sole fund raiser for the Telegraph Hill Cooperative Nursery School.

You can't talk about San Francisco beer festivals without mentioning one of the BEST Oktoberfest events in the US! For three days, you get the chance to enjoy German beer, food and entertainment. Every year, they feature a headliner band that comes all the way from Germany and plays traditional Oktoberfest music.

Each ticket is for a specific session on a certain day of the event. They offer both afternoon and evening sessions. The event is held at Pier 48, which is south of Oracle Park.

Learn More: Details on this Year's Oktoberfest Event in SF

Every year, the Cherry Blossoms bloom all around San Francisco and this festival celebrates their arrival. This two-weekend long event features traditional Japanese music, entertainment and cuisine.

You can also listen to additional live music, enjoy a beer or two, and meet some locals. It's held in the Japantown District every April.

Tickets for the public tasting event sell out every year, so buy your tickets early. This event is usually at the Fort Mason Center.

Learn More: What to Expect at This Year's Chronicle Wine Competition