Wells Fargo History Museum: What You Will See in This San Francisco Attraction

The Wells Fargo History Museum is in San Francisco's Financial District. You will find it on the site of the original Wells Fargo Bank location in SF.

When I first entered this free museum, I wasn't sure what to expect. I thought it was only a small area, with a handful of exhibits. I was pleasantly surprised by both the size (two floors) and the quality of the displays.

Before I walk you through this SF museum, let me tell you a little more about the history of Wells Fargo and its importance to the banking industry. 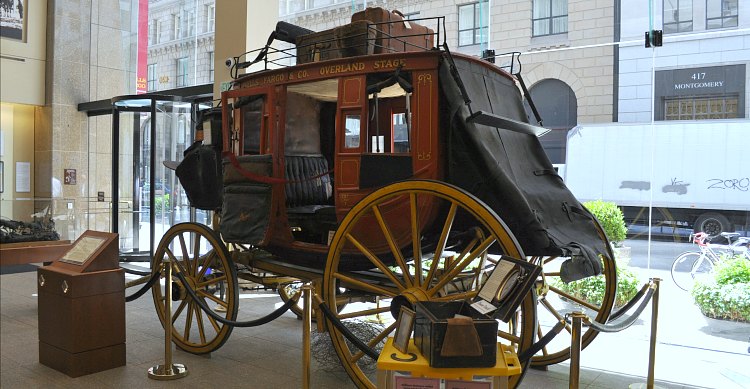 One of the first things you see when you enter is this original Abbot-Downing Concord Coach. It was used by Wells Fargo in the 1860s.

Henry Wells and William G. Fargo founded the company in 1852 in New York. Both were successful expressmen and excited about the announcement of gold in California in 1848.

They decided to build an express and banking company that connected the east coast with the gold rush craze on the west coast. Soon after opening their offices in New York, they opened offices in both San Francisco and Sacramento.

Over the years, they built a strong business known for being both reliable and fair to their customers. This reputation allowed them to continue to grow over the years into one of the largest financial institutions in the world today.

The Wells Fargo History Museum includes hundreds of items and displays. They range from rare documents to a detailed overview about the Gold Rush of the 1840s and 50s.

You will find several interactive displays throughout the museum. Many are educational and geared toward children and young adults. 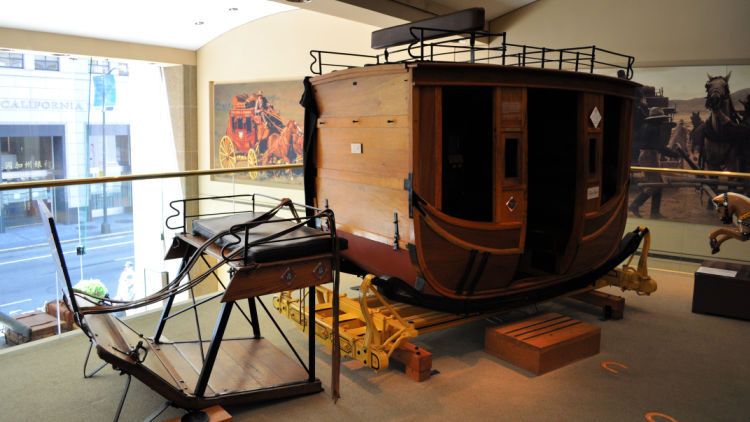 The picture above shows the simulated stagecoach ride interactive exhibit. It's one of the most popular at the museum.

It's a replica of the original stagecoaches Wells Fargo used.

After stepping inside, take a seat and learn what it was like to travel in a stagecoach. It simulates both the sights and sounds from some of the most popular routes. 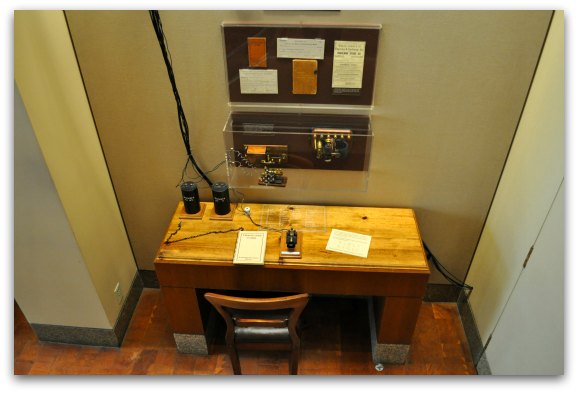 The table in the picture above shows the telegraph interactive exhibit. You can take a seat at the table to use the working telegraph and send messages just as they did more than 100 years ago.

This section on the second floor tells the story of Wells Fargo's role in the Pony Express. You can take a close look at some of the original stamps, postcards, and other documents from the 1860s. Simply pull out these doors to take a look. 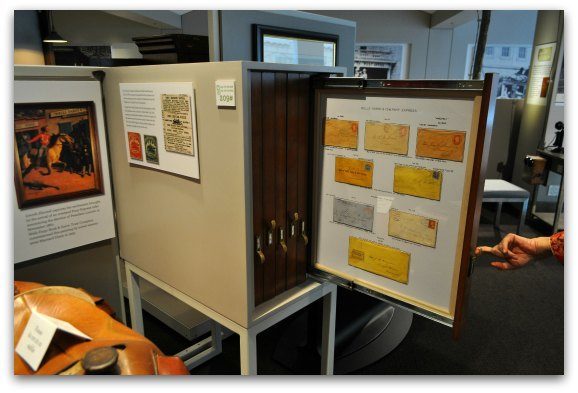 You can also see several other artifacts from this time period on the screen right next to it. They are now all electronic, which allows you to easily sort through them and find the documents that interest you the most. 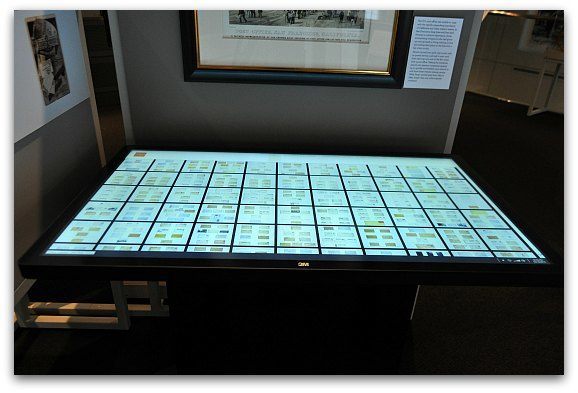 You also get the chance to see several gold nuggets from the time of the Gold Rush in the late 1800s. In addition, this display has a several pieces of old currency. 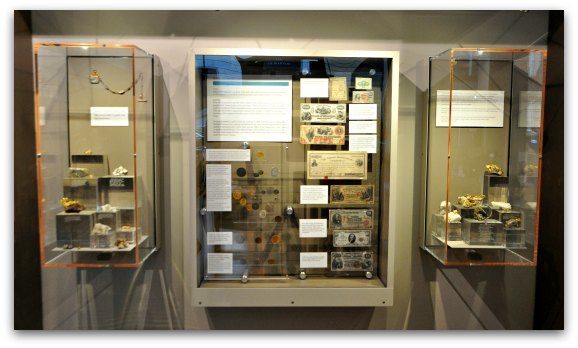 You will find this display on the first floor near the stairs.

The Wells Fargo History Museum is also one of the best places to learn more about the Gold Rush.

On the second floor, you will find a large exhibit that shows a maps with the locations on where gold was found, an overview of what happened during the time, and additional gold coins from the time. 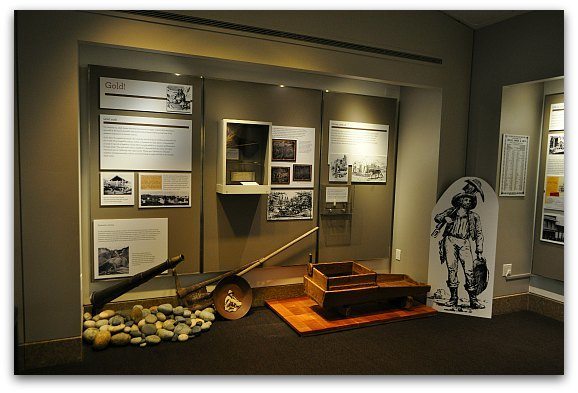 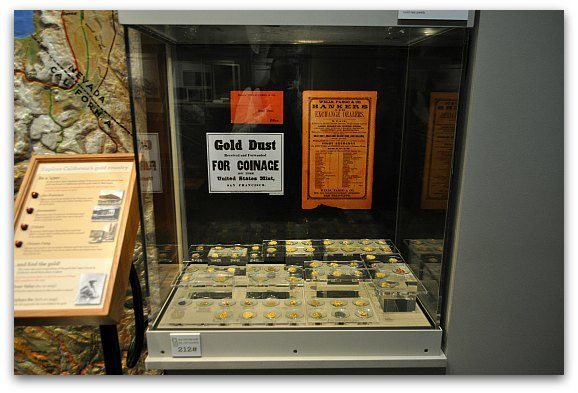 Another part of the Wells Fargo History Museum that impressed me was their Panama Pacific Exposition Exhibit. It does a great job of telling the story of the exhibition as well as Wells Fargo's role in it. 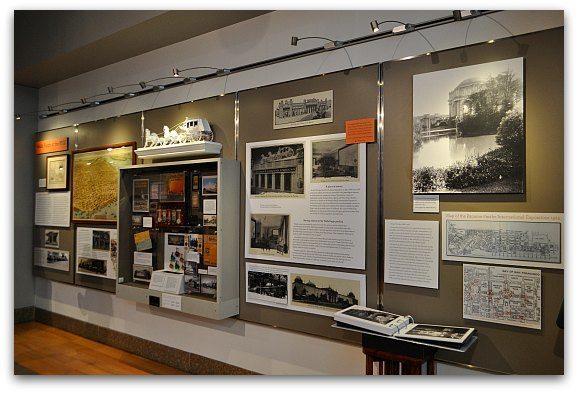 It includes a map of the entire exhibition, old photos, and a small interactive video screen with original films from the event.

Learn More with Your Phone

Another fun feature of this free museum is the free cell phone audio tour. By dialing a phone number, you can hear more audio stories about several of the exhibits. It is in both English and Spanish. 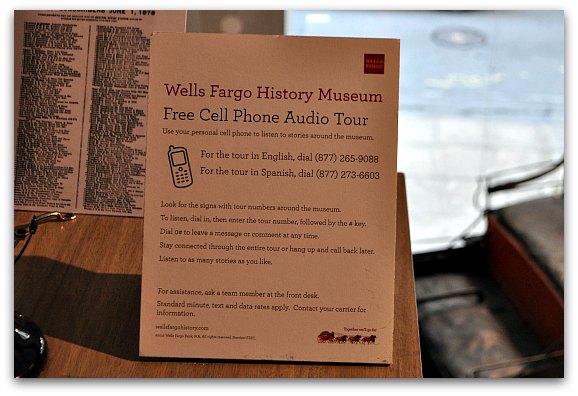 The Wells Fargo History Museum is open Monday - Friday from 10 am to 5 pm. It is closed on weekends and bank holidays.

You will find it at 420 Montgomery Street in the Financial District. Here is a map showing its location.

Admission is free for all. 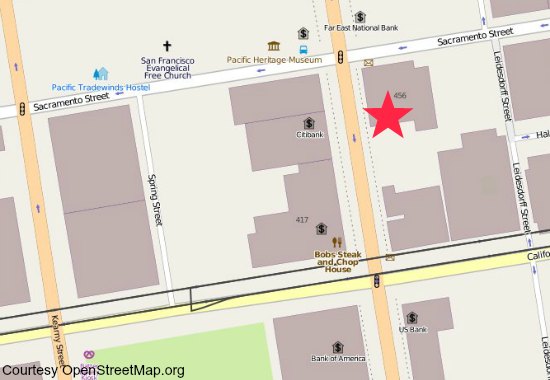 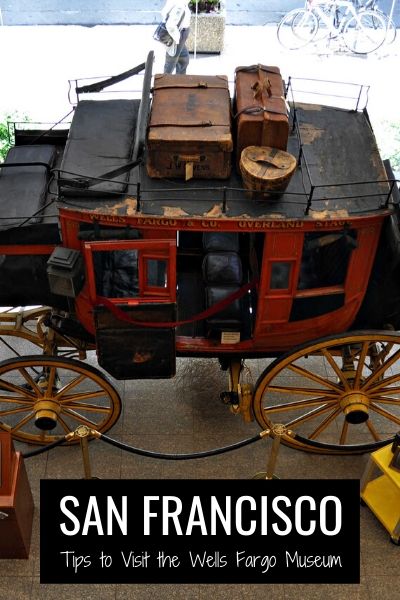 Aquarium by the Bay