Details on the Companies that Offer Departures from SF

With the opening of Pier 27 a couple of years ago, San Francisco now offers several cruise options from eight cruise lines. Some of the most popular that originate trips from SF include Celebrity, Holland America, and Norwegian. In addition, you will find a large number of trips offered by Princess Cruises. 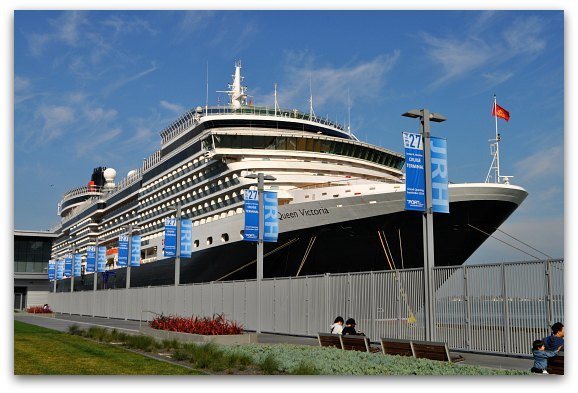 The San Francisco cruise lines offer trips to several popular locations including Alaska, Hawaii, Mexico, and the Panama Canal. You can find out more about each one below.

From SF, you have several Alaska Inside Passage cruise options. Most are around 10 days and include three to four stops in Alaska. On the return trip, most also make one stop in Canada. It's a wonderful way to see the beauty of Alaska. These cruises typically run from May to September.

Learn More: Find Out More About the Top Alaska Cruises

You can also head out on a round trip adventure of the Hawaiian Islands. These cruises run most of the year and include up to four stops on the islands. On the return journey, most also stop for a few hours in Ensenada, Mexico.

Learn More: Read More About the Hawaiian Cruises from SF

Most of the trips to Mexico includes stops along its western coast. This includes ports of call such as Puerto Vallarta, Manzanillo, Mazatlan, and Cabo San Lucas. Most of them are around a week to 10 days.

Learn More: Find Out About the Top Cruises to Mexico from SF

You will find more than a dozen cruises that leave from SF and head through the Panama Canal. Each one offers several stops along the way as well as a few stops on the eastern side of the canal. These cruises run most of the year and you will find one leaving SF almost every month.

In addition to the desinations listed above, you will also find a few other cruises from SF. They include those that run along the western coast of the US and others that head west through the South Pacific and beyond.

Learn More: Find Out About the Additional Destinations from SF

Below you will find a list of cruise lines as well as a brief description of the types of trips they each offer.

Celebrity Cruises offers three standard cruises from San Francisco. The first is a west coast cruise with four stops in the US and one in Mexico. The second two cruises take you south through the Panama Canal and end in Fort Lauderdale. Each cruise is offered a few times a year. All tours are onboard the Celebrity Infinity, which has the capacity for 1,270 guests.

The Costal Pacific Cruise starts and ends in San Francisco. After hopping onboard in SF, you will then head south and stop at 5 ports before returning to San Francisco.

The Eastbound Panama Canal Cruise starts in San Francisco. The countries you will visit on this trip include Mexico, Guatamala, Costa Rica, Panama, and Colombia. This cruise ends in Fort Lauderdale.

The 17-Night Eastbound Panama Canal Cruise is similar to the 16 night cruise above. The only difference is that this one stops in Monterey, CA before continuing on the same journey mentioned above.

This cruise leaves San Francisco and stops in Oregon and Washington. It then stops in two locations in Canada and finishes in Vancouver.

This cruise offers a similar path to the 5-Night Coastal Vistas. It includes one additional night at sea and has the same ports of call.

On this tour, you will visit four locations in Hawaii as well as one stop in Mexico. You will spend several days on the water, too, which makes for a relaxing vacation.

Cunard offers luxury cruises all around the world. It's perfect for those who love to dress up each day for their adventures, dining, and other activities. The great thing about this cruise line is that you are allowed to start and stop your cruise at many desinations throughout the world. This offers you the chance to make your cruise as short or as long as you'd like. 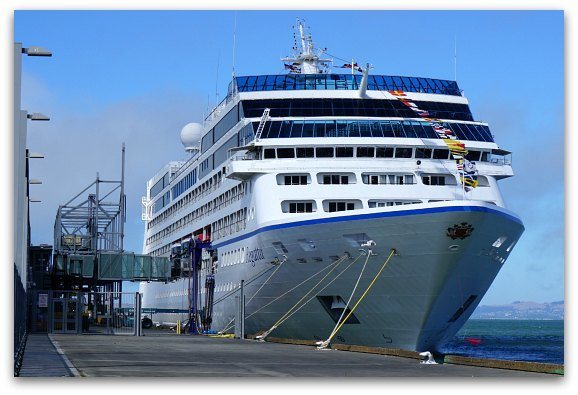 The cruise that leaves San Francisco heads toward Hawaii, then on to New Zealand and Australia, up through Southeast Asia, along the eastern African coast down to South Africa, back up the western side of Africa, to the Canary Islands, and then finishes in Southampton, England.

All tours are on the Queen Victoria, which offers room for up to 2,000 passengers.

Below you will find the ports of call for each length of trip offered on Cunard. Each port of call is just listed once, so if you plan to go on a 27-day trip, then add up the ports from days 15 + 21 + 27 to see the full journey. You will easily see which additional stops will add a few more days of exploration to your journey.

The Holland America Line offers two cruise options from San Francisco. The first takes you around the South Pacific in 47 days. The second is a cruise down to and through the Panama Canal.

47-Night Tales of the South Pacific

This 47-night tour starts in San Francisco and ends in San Deigo. Along the way, you will stop at several ports in the South Pacific including Hawaii, Fiji, and Bora Bora. This trip is aboard the ship ms Amsterdam, which accomodates 1,380.

This 16-Day Panama trip takes you along the Pacific coast with stops in Mexico, Costa Rica, Panama, and Colombia. This tour uses the ms Oosterdam, which allows for up to 1,848 passengers.

Norweigian offers two standard cruises that originate in San Francisco. The first is a cruise to Hawaii. The second is a cruise through the Panama Canal.

This cruise starts in San Francisco and ends in Honolulu, Hawaii. You will stop at five total ports in Hawaii. You will be on board the Pride of American which has the capacity for 2,138 passengers.

This 17-night adventure offers several stops in Mexico. You will also stop in Guatamala, Costa Rica, and Columbia. It ends in Miami, Florida. The boat used for this journey is the Norwegian Pearl which has a capacity of 2,394 passengers.

Oceania has two cruises from San Francisco. The first is called the Norwest Wonders and includes stops along the west coast. The second is their Panama Canal trip which includes stops in Mexico, Costa Rica, Panama, and Columbia. Both journies are on their ship called Regatta. It holds up to 684 passengers.

From SF, you will head north to Oregon and Alaska. You will then head south and end your journey in Vancouver, Canada.

This trip heads south from San Francisco. You will stop in Mexico, Nicaragua, Costa Rica, and Columbia.

Princess Cruises offers the largest number of cruises leaving from SF. They offer 8 cruises with destinations around California, Hawaii, Alaska, Mexico, and the Panama Canal.

This cruise offers ports of call south of SF as well as one stop in Mexico. It's on the Grand Princess which has a capacity of 3,100 passengers.

This cruise heads south and stops at four ports in Mexico. It is on the Grand Princess which has a capacity of 3,100 passengers.

This tour rides past the famous Tracy Arm Fjord in Alaska. This beauty offers elevated glaciers, gorgeous mountains, and sheer rock walls that are over a mile high with waterfalls. You will stop at 3 places in Alaska and end in Victoria, British Columbia. This cruise is on the Grand Princess.

Glacier Bay is the gem of Alaska's Inside Passage. As you ride by, you will see magnificent fjords, beautiful coastline, and larger than life glaciers. This cruise is on the Grand Princess.

This journey takes you west to Hawaii, where you will make four stops. The journey home will take you to Ensenada, Mexico before returning to SF. This one is aboard the Grand Princess.

This Panama trip heads south from San Francisco with one stop in Mexico, Nicaragua, Costa Rica, Panama, Columbia, Aruba, and finally Fort Lauderdale. This is on the Island Princess which accomodates 1,970 passengers.

This Panama trip is similar to the one above with one additional stop in Los Angeles. It also ends in Fort Lauderdale. The ship used is the Coral Princess.

On this trip, you will head west to Hawaii, stop in Tahiti, Bora Bora, American Samoa, New Zealand, and end in Sydney Australia.

Regency Seven Seas is the final company that originates cruises from San Francisco. Their options include a 10 night trip north to Alaska and several Panama Canal tours.

Once you leave SF, you will head north to Oregon, Alaska, and return to British Columbia. This trip is on the Seven Seas Mariner, which is a ship that holds 700 passengers.

On this tour, you will visit Mexico, Nicagarua, Costa Rica, Panama, Columbia, and end in New York. This one is on the Seven Seas Mariner which holds 700 passengers.

21-Night Coast to Coast Trip Through the Panama Canal

This 21-night adventure is similar to the one above. However, it has a few additional stops. This cruise is also on the Seven Seas Navigator.

This trip through the Panama Canal continues past New York and offers several stops in New England as well as several Canada cities. It is on the Seven Seas Mariner.

This cruise is on a smaller ship which offers a more personalized journey. It heads south of SF with stops along the western coast of Latin America, through the Panama Canal, and several stops on the eastern side of the US and Canada.

Book Your Cruise Today: Check out the great cruise deals on Cruise Direct. They offer a wide selection of cruises from SF and other ports around the world. Click here to check out their selection today and to book your trip of a lifetime!

More Recommendations for You