The San Francisco live music and concerts scene is one of the best in the country. If you love shows, then SF is a great place to catch a show.

Here you will find a combined list of some of the top options each month. The list includes the calendars for some of the biggest venues including the Masonic, Bill Graham Civic Auditorium, The Fillmore, Warfield and Slims.

You will also find SF concert listings for the Great American Music Hall, The Independent and a few tops shows at other venues throughout the city. You can also click through to a full calendar for each month.

In addition to live music, SF is also home a few big music festivals each year including Outside Lands, Hardly Strictly Bluegrass and others. 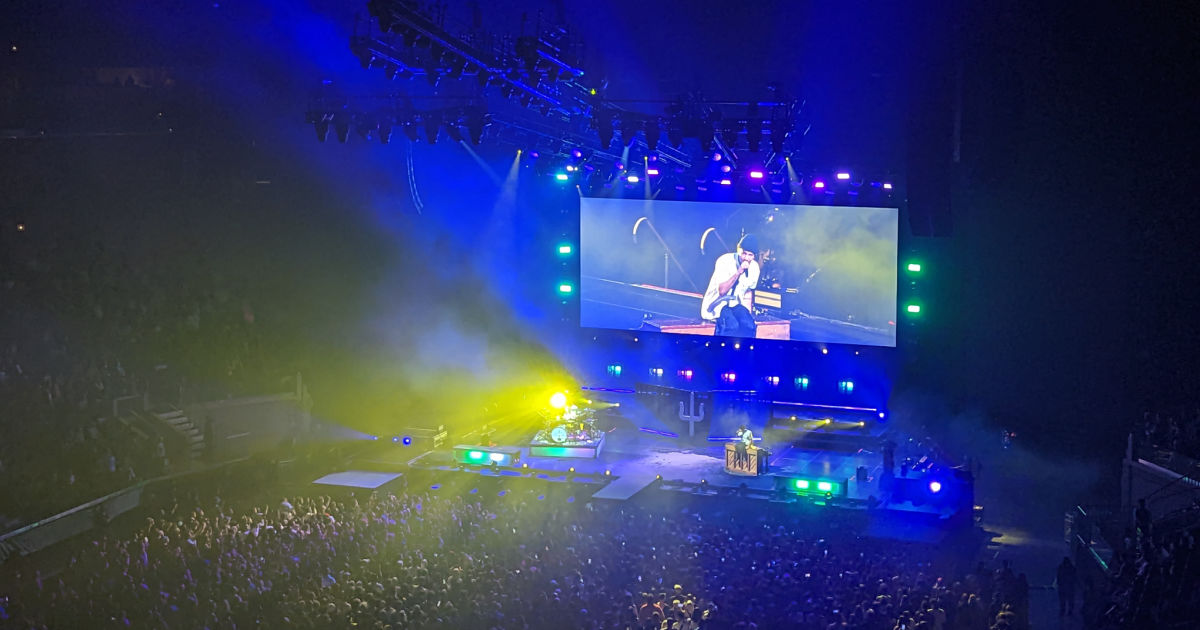 Twenty One Pilots in concert at the Chase Center. These seats are from the first row of one of the 200 sections.

12/1: Andrea Bocelli at the Chase Center

Click the links below for additional concerts in San Francisco by month. You will also find upcoming shows for each holiday weekend.

1/19: Trampled by Turtles at The Fillmore

1/22: Will Sheff at The Independent

1/25: Fitz and the Tantrums at The Regency Ballroom

2/23: Magic City Hippies at The Fillmore

>> More events in February in SF

One of the first place I look for San Francisco live music tickets is on Ticketmaster. Many large venues around SF use them to sell their tickets to shows. You will find a good selection of tickets for the Bill Graham Civic Auditorium, The Masonic, and the Fillmore.

>> Visit Ticketmaster to check out their selection of tickets

If you find a show that is sold out or you want better tickets, check out TicketLiquidator. They are a legitimate third-party reseller. Here you will find tickets for San Francisco concerts as well as tickets to hot Broadway theater performances and other events around town.

Below you will find a calendars for the top San Francisco music venues. They include some of our largest venues with the best shows currently on their schedule. You will also find a brief overview of each of these venues so you know what to expect before you arrive.

The Bill Graham Civic Auditorium is the largest San Francisco live music venue. It holds around 7,000 people for each show. This is where you will find some of the biggest names that come through town including rock, country, and other genres.

You will find it in the Civic Center district near City Hall. It's easy to get to from downtown, Union Square, and other places all around SF. The Civic Center BART and Muni stations are just a couple of blocks away.

Here are some of the top upcoming San Francisco shows.

The Nob Hill Masonic Center was recently renovated and is now the second largest San Francisco live music venue in town. It seats around 3,500 people. They feature a variety of shows from concerts to top comedians.

You will find it at the top on Nob Hill across the street from Grace Cathedral. Here are some of their top upcoming shows. Click the links for ticketing information.

The Warfield is a historic venue that originally opened in the early 1920s and features vaudeville acts. Today, it's home to some of the best San Francisco concerts. Located in the heart of San Francisco on Market Street, this venues offers almost a dozen shows each month.

It's one of my favorite places to catch a show. It holds just under 2,500 people. 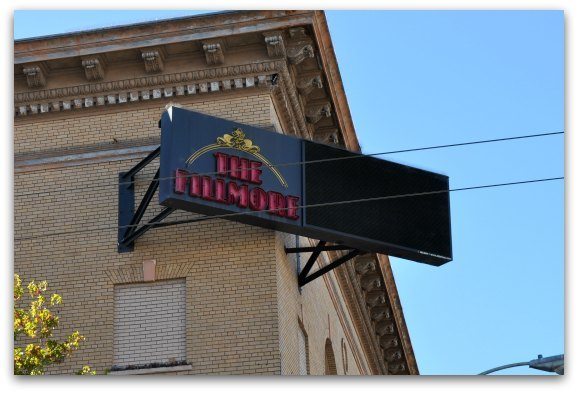 The Fillmore is another historic music venue in San Francisco that has hosted some of the top names in music since it opened in 1912. With a capacity of only around 1,100 people, it's easy to find a great spot for every show.

They offer only general admission tickets and most of it is standing room only. There are a handful of seats, but the best views are from the floor. Don't miss the upstairs bar where you can see the music history of this place.

A very popular local music venue is The Independent in the Alamo Square/NOPA District. This standing room only setting houses about 400 people per show. It's a great place to watch local bands and other smaller, up and coming artists.

San Francisco live music is everywhere. You will find some great, free music at street fairs and festivals all year long. These are also some of the top San Francisco Music Festivals each year. Some are free, but some require a ticket in advance.

This is SF's largest music festival every year. During the first part of August (October for 2021), thousands of music lovers head to Golden Gate Park for this three-day festival. Click here for more details and to buy your tickets for this year's event.

This free three-day festival is the first or second weekend in October each year. It's also held at Golden Gate Park. Find additional details here.

The Stern Grove festival is a local institution. This free event features live music every Sunday at 2pm from late June to the middle of August. Click here for more details.

>> Discover a full list of music festivals in San Francisco

Other Places to Listen to San Francisco Live Music

In addition to the San Francisco live music concerts and festivals mentioned above, you can also see a show while you are here. These are just a few of the music filled activities in SF each month.

The San Francisco Symphony performs throughout the year at Davies Symphony Hall in the Civic Center. They offer shows several times a week and perform everything from classical music to scores from popular films.

If you love jazz music, then make sure to stop by one of the newer San Francisco live music venues, the SF Jazz Center. Every day of the week, you will find several performances from both international and locally famous artists.

>> Visit their site for a list of upcoming shows

Make sure to add one of our Broadway musicals to your itinerary. Our two largest theaters, the Orpheum and the Golden Gate, welcome traveling Broadway musicals every year. Top shows include The Lion King, Wicked, and Hamilton.

You will also find some great San Francisco live music at the opera. The SF Opera performs in the summer and the fall. Each season, you will find 5 to 6 shows on the calendar. Each one includes more than a dozen performances.