San Francisco Concerts in September 2021 include bands such as Michael Bublé, Juanes, Modest Mouse, Phutureprimitive and others.

Other top SF Bay Area concerts this month include Alanis Morissette at the Concord Pavilion, the Counting Crows at the Greek Theater in Berkeley, Lady A at the Shoreline Amphitheatre in Mountain View, and more.

More live music options this month include our annual outdoor street fairs and festivals, performances by the SF Symphony and Broadway musicals.

Scroll down for a full concert calendar this month in SF and all around the Bay Area. 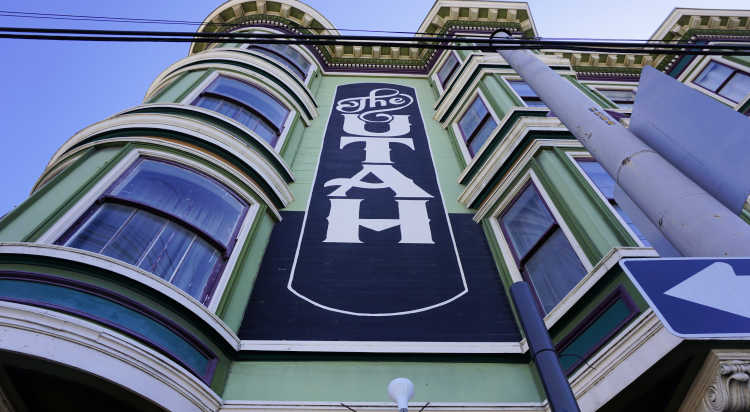 Click the links below to find tickets to each concert in SF.

9/3: Celine Dion at the Chase Center

9/21: The Backseat Lovers at the Rickshaw Stop

>> More events in September in SF

Click the link below for a schedule of San Francisco concerts in September at some of our top venues.

Click the links below for ticketing information to this month's top concerts around the SF Bay.

9/3: Counting Crows at the Greek Theatre in Berkeley

9/18: Lady A at the Shoreline Amphitheatre in Mountain View

9/29: Pitbull & Iggy Azalea at the Shoreline Amphitheatre in Mountain View

In addition to the San Francisco concerts in September, you will also find a number of larger concert venues all around the Bay Area. Top options include Berkeley, Oakland, and San Jose. Click the links below to scroll down for additional top concerts in these top Bay Area cities.

In 2021, Labor Day Weekend falls on Friday, September 3rd - Monday, September 6th. Below are the top concerts scheduled for this holiday weekend and for the few days following the holiday.

Several concert venues in San Francisco offer their tickets through Ticketmaster. It's a great place to look for tickets to San Francisco concerts in September. You will find options to top venues all around SF

>> Find tickets on Ticketmaster to upcoming shows in SF

The best place to find tickets to sold out shows or better tickets to popular shows is on TicketLiquidator. They have a large selection and offer you the chance for the best seats.

>> Find tickets on TicketLiquidator for SF Concerts in September

In addition to these San Francisco concerts in September at local venues, you will find a variety of other events and festivals with live music this month. Here are just a few of the top options.

The Sausalito Arts Festival is an annual event each Labor Day Weekend. It's a short ferry ride away from San Francisco. This three-day event features live music along the waterfront. You can listen to local bands as well as some internationally recognized acts.

Union Square Live is a festival that runs from April to October every year. This event features live entertainment on Wednesday nights and Sunday afternoons. Most of the acts are San Francisco Bay Area based. It's free to attend and each show is about an hour and a half long.

Another annual Summer festival is over at Yerba Buena Gardens. This event also features local artists from the SF Bay Area. They offer several performances each week from June to August.

>> Details on this month's performances

Oktoberfest by the Bay

If you love German beer and music, then head over to this year's Oktoberfest by the Bay. It's rated as one of the top Oktoberfest events in the US. Usually the last weekend in September, this event features traditional German music mixed with dancing, food, and, of course, tasty beer!

>> More on this year's event

The Folsom Street Fair is the largest leather festival in the world. This not so family friendly event offers 13 blocks of leather and fetish goods. They also have live music all weekend long.

Head up north for this September's Russian River Jazz and Blues Festival. Held in the town of Guerneville, California in Sonoma County, this event offers two full days of national and international jazz and blues greats.

>> Visit their site for this year's line-up

The SF Symphony is another great place for San Francisco concerts in September. They have won several international awards and are currently led by Music Director, Esa-Pekka Salonen. They perform both classical and modern music.

>> More on the SF Symphony and their upcoming shows

San Francisco is also home to more than a dozen Broadway musicals every year. They are performed at either the Orpheum Theater or the Golden Gate Theater near Union Square and downtown SF. Previous shows such as Hamilton, The Book of Mormon, and Wicked.

You will find a variety of concerts at the newly opened SFJAZZ Center in the Hayes Valley District. You will find almost a dozen jazz performances each week throughout the year.

>> Visit their site for this September's shows

The SF Opera is also on stage each September in San Francisco. You will find one to two shows on the calendar including hits such as Rigoletto, La Boheme, and The Barber of Seville.

>> Shows with the SF Opera this September

Berkeley is just a short BART or car ride away from San Francisco. Here you will find a few of great places to concerts.

Concord is a city in the East Bay about an hour from San Francisco.

Most of the Oakland venues are about a 15 to 20 minute train ride away from San Francisco.

San Jose has a few large concert venues. Here is their concert calendar for September.

Mountain View offers outdoor concerts from the spring to the fall at the Shoreline Amphitheater September is a great time to catch a show here.

Saratoga is south of San Francisco about an hour and a half. They have two wonderful places to catch a concert in September.

Other Fun Things to Do in September in San Francisco

In addition to these San Francisco Concerts in September, you will find dozens of other fun things to do this month in SF.

September Events Calendar: Are you looking for additional events this month? My monthly events calendar is full of fun events, activities, and more. Click here for a full list of this month's events.

Things to Do in September: San Francisco concerts in September offer plenty to do, but you will also find so much more to do this month in SF. Find a full overview of everything this month has to offer both visitors and locals.

Comedy Shows: San Francisco is known for their comedy scene. This month, you will find dozens of top local and internationally recognized performers on stage all around town. Find a schedule of shows this month and a list of my favorite comedy clubs.