You will also find some larger shows in Oakland, Berkeley, San Jose, and other venues around the SF Bay Area. 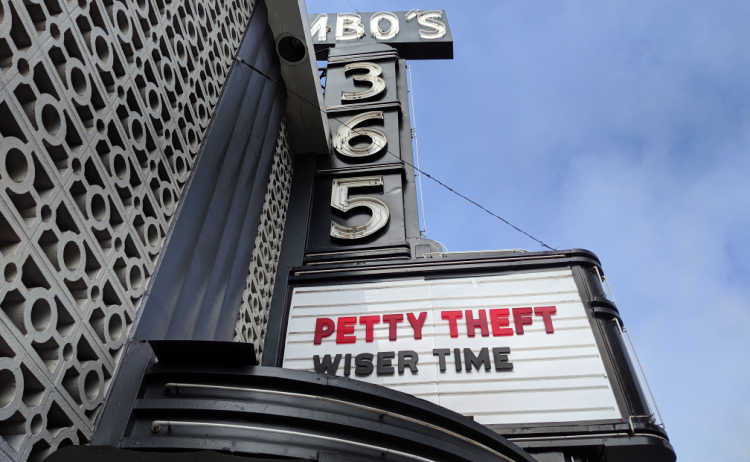 Here are some of the top San Francisco concerts in November at top venues around town. Click the links for ticketing information.

11/20: Preoccupations & Metz at The Independent

>> More events in SF in November

Click these links for a list of San Francisco concerts in November for each venue listed below.

11/9: Evanescence & Halestorm at the SAP Center in San Jose

11/20: Ruben Blades at the Paramount Theatre in Oakland

You will also find many great concert venues all around the SF Bay Area. Click the links below to find a list of top SF Bay Area concerts.

You won't find many options on Thanksgiving night, but you will find several great  concerts in San Francisco and around the bye during November this weekend. Here are some of the top picks by date.

11/24: Bad Religion & Alkaline Trio at The Masonic in San Francisco

11/27: Testament at the Fox Theater in Oakland

>> More fun things to do all weekend long in SF

Where to Find Tickets to San Francisco Concerts in November

If you are looking for tickets to San Francisco concerts in November, one of your best options is to find them on Ticketmaster. They offer many first run tickets to shows all around SF.

An additional place to look for tickets is on TicketLiquidator. This is where you will find reseller tickets. It's the perfect place to look for sold out San Francisco concerts in November or for better seats than what is available on the first run sites.

An additional place to listen to music this month is at the SF Opera. In November, they offer a few performances including classic such as The Marriage of Figaro, Carmen, The Magic Flute and more.

The SF Jazz Center is another place for top San Francisco concerts in November. You will find performances most nights. The Jazz Center is near the Civic Center at 201 Franklin St.

The SF Symphony also takes the stage several nights a week in November. You can listen to classic music like Mendelssohn & Mozart, the Sound and Fury: Beethoven 9, as well as specials such as the Dia del los Muertos.

San Francisco attracts some of the top Broadway musicals each year to its Orpheum and Golden Gate Theaters. You can see shows such as The Lion King, Wicked, Hamilton and others. Each month, you will usually find two different Broadway shows on stage. In addition, there are also several other musicals on smaller stages around town.

Other Fun Things to Do in November in San Francisco

In addition to these San Francisco concerts in November, you will find many other fun things to do this month in SF and the Bay Area. Here are just a few to get you started with your planning.

Visit with Santa: This November, don't miss your chance to see Santa at one of several locations around San Francisco. He makes stops at key places such as Pier 39, the Fairmont in Nob Hill, Macy's in Union Square, and Westfield Mall in downtown. Find details here.

Holiday Lights Ceremonies: Check out some of the top tree lighting and holiday events this month around SF. This is the month when many attractions, business and towns in the SF Bay kick off their holiday celebrations. Find a calendar here.

More Fun Things to Do in November: In addition to these San Francisco concerts in November, you will also find dozens of other fun things to do all month long. Check out my list of the 50+ options from holiday lights tours to cruises around the bay. More here.