Discover a full schedule of San Francisco concerts in March 2023. On this page, you will find shows at both the largest venues in SF, as well as many of the small, independent spots.

Top venues in San Francisco include the Chase Center, the Warfield, and the Fillmore. You will also find shows around the SF Bay area at places such as the Oakland Arena, SAP Center, and at Freight and Salvage in Berkeley. 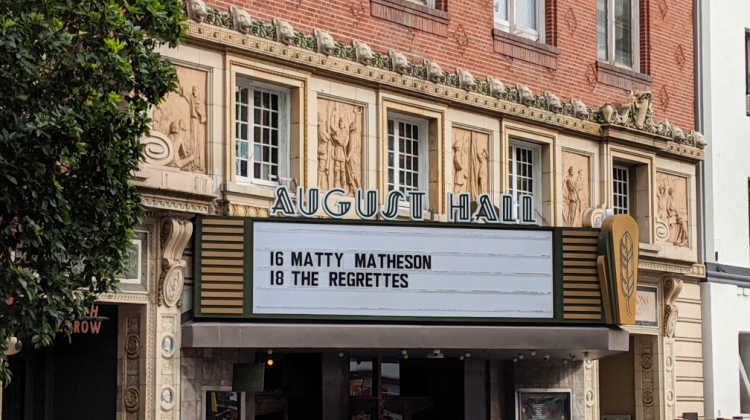 Discover the top San Francisco concerts in March. You will find ticketing information for all performances here.

3/10: Marc Anthony at the Chase Center

3/11: Mania - The ABBA Tribute at the Palace of Fine Arts

3/18: Fall Back in Love Comedy & Music Jam at the Chase Center

3/23: Stevie Nicks at the Chase Center

>> More events in SF this March

In addition to the top San Francisco concerts in March listed above, you will find additional shows at each of our top venues. Click the links below to scroll down and find more shows this month.

You will also find some great concerts this month all around the SF Bay Area. Here are just a few of the top shows.

3/4: Show Me The Body, Jesus Piece, Swol, Zulu & Trippjones at the UC Theatre in Berkeley

3/9: Vance Joy at the Fox Theater in Oakland

Saint Patrick's Day falls on a Friday this year. Here are just some of the top concerts on March 17 in San Francisco.

>> Find tickets for all shows on March 17

>> More things to do for Saint Patrick's Day

Three of the best places in the SF Bay area to find great concerts in March are Berkeley, Oakland, and San Jose. They all feature both large and small venues with both local and internationally recognized acts. Click the links to scroll down and see their schedules of concerts for March.

There are several locations to find tickets for San Francisco concerts in March. I usually check out these two first.

You will find San Francisco concerts in March at top venues such as the Bill Graham Civic Auditorium, the Masonic Center, and the Fillmore. Find a full list of upcoming shows below.

Other Places to Listen to Live Music in SF

SF Symphony: The SF Symphony offers a number of San Francisco concerts in March. You can listen to classic performances as well as have fun with their movie score shows. Find a full calendar here.

SF Jazz Center: The SF Jazz Center is another one of my favorite spots for concerts in SF. They have several stages with a number of shows each week. Visit their site to check out their calendar of upcoming performances.

Musicals: If you love Broadway shows, then check out the upcoming theater performances. You will find top shows at the Orpheum and Golden Gate Theaters. You can also see smaller productions at places such as the Victoria and Alcazar theaters. Find a full calendar of upcoming musicals here.

More Fun Things to Do in March

In addition to the dozens of San Francisco concerts in March, you will also find a variety of other fun activities and events this month. Here are some of the most popular.

St. Patrick's Day Parade & Festival: One of the biggest events this month is the large St. Patrick's Day celebration. It's always held on a Saturday. It features a two-hour long parade and a fun day-long festival with live music, dancing, food, and more. Click here for more details about this annual event.

Bay Area Brew Fest: Another fun event this month is the Bay Area Brew Fest. Every year, they serve up some of the best San Francisco and Bay Area Brews. You will find dozens of options to try. Your ticket includes unlimited samples during this event.

Comedy Shows in SF: Almost every night of the week, you will find a comedy show scheduled in SF. San Francisco has a large comedy community and the city attracts big name performers from around the world. We also have several local comedians that perform several nights a week. Click here for the current schedule for this March.

All Events in March: In addition to everything listed above, you will find dozens of other fun events and things to do this month in SF. Click here to check out this month's calendar.