San Francisco Concerts in January 2022: Shows at Venues in SF and the Bay Area

San Francisco concerts in January 2022 include shows at The Nob Hill Masonic Center, the Bill Graham Civic Auditorium and The Fillmore. You will also find performances at the Warfield, Slim's and other venues around SF. Some of groups include Kane Brown at the Chase Center, The Gilmour Project at The Regency Ballroom, and Carlos Vives at the San Jose Civic Center and more. 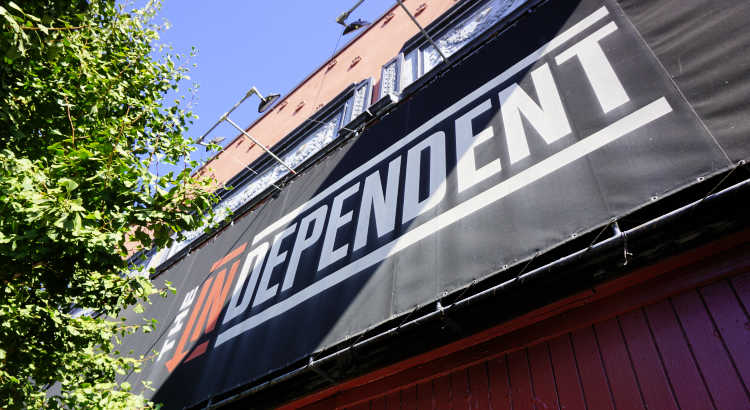 1/1 and 1/2: The Gilmour Project at The Regency Ballroom

1/17: STRFKR at The Regency Ballroom

1/23: The Halluci Nation (A Tribe Called Red) at The Independent

1/28: Big Head Todd and The Monsters at The Fillmore

Find additional San Francisco concerts in January by clicking on the links below.

In addition to these San Francisco concerts in January, you will also find some great shows all around the SF Bay Area. Click the links below to jump down to all concerts in each city this month.

Where to Find Tickets to San Francisco Concerts in January

Ticketmaster: One of the first places to look for tickets is on Ticketmaster. They offer a large selection of tickets for San Francisco concerts in January at venues all around town.

TicketLiquidator: In addition, if you are looking for better seats or tickets to sold out shows, check out the selection on TicketLiquidator. I use them quite a bit for concerts and sporting events and have always had a great experience. They are a third party reseller site and offer a huge selection of tickets all around SF.

>> More show details for the Masonic in Nob Hill

>> Details to see a show at the Warfield

SF Jazz Center: If you love jazz, don't miss your chance to head over to the SF Jazz Center this month. Almost every night of the week, you will find at least one show on stage. Click the link below for more details. Visit their site for this month's calendar.

SF Symphony: You will find additional San Francisco concerts in January with the SF Symphony. This month, they perform several shows at the Davies Symphony Hall in the Civic Center District. Find this month's calendar.

In January, you will find some additional shows all around the SF Bay Area. The outdoor concert venues are closed during the rainy season, but you will still find some great options in Berkeley, Oakland, and San Jose. Here are just some of the top options.

Other Fun Things to Do in January in San Francisco

In addition to these great San Francisco concerts in January, you will also find plenty of other fun things to do. Here are just a few of the best options this month.

SF Sketchfest: One of the largest and best comedy festivals is this month in San Francisco. SF Sketchfest includes more than two weeks of improv, skits, and comedians on stage all around SF. Find out more here.