San Francisco concerts in August 2021 include a few shows around the city as well as the SF Bay Area. This is the month when many venues are starting to schedule shows since they closed in early 2020.

Outside Land's Music Festival, which is usually in August, moved this year to late October 2021. I anticipate they will move back to August in 2022.

Read on for a list of upcoming shows this month around SF and beyond!

Click the links below to tickets to the top San Francisco concerts in August.

8/1: Joan Jett & The Blackhearts at the Stern Grove Festival (free, but must grab tickets in advance, learn more here)

8/7: AJ Lee and Blue Summit at the Independent

8/21: The Emo Night Tour at the Independent

8/22: Rise Against at the Bill Graham Civic Auditorium

>> More fun things to do this month 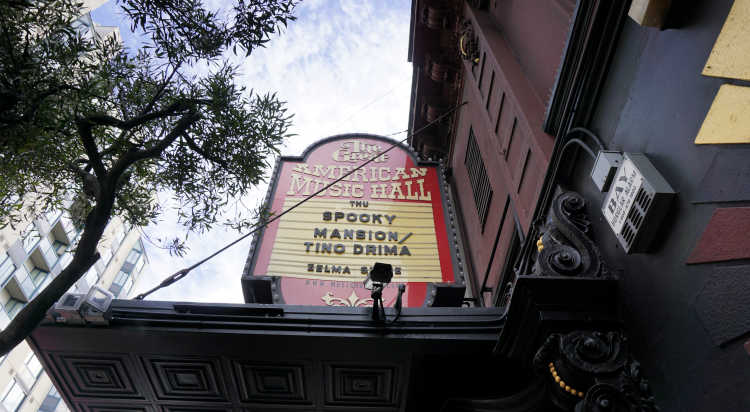 Click the links below to scroll down to the top San Francisco concerts in August for each venue.

Find tickets to the following concerts by clicking on the links.

8/21: The Black Crowes at the Concord Pavilion in Concord, CA

Find additional concerts for the top SF Bay Area cities below. Click the links to scroll down quickly to their concert calendar for this month.

You will find a great selection of tickets on both Ticketmaster and TicketLiquidator.

Ticketmaster works directly with a variety of top venues around San Francisco to help them sell tickets to their concerts. You will find tickets to venues such as The Independent, the Masonic Auditorium at the Nob Hill Masonic Center, and The Warfield.

>> Find tickets for August on Ticketmaster

While Ticketmaster has a great selection, TicketLiquidator is the online retailer I go to for sold out tickets. They are also great for popular shows that are almost sold out or when you want better tickets than what is offered through Ticketmaster.

>> TicketLiquidator in August in SF

Festivals Around SF with Live Music

In addition to the San Francisco concerts in August, you will also find some great music festivals and street fairs with live music. Here are a few of the top options this month.

Outside Lands Music Festivals (Moved to October in 2021)

Outside Lands is San Francisco's largest music festival every year. It's a three day event that features dozens of bands. Headlines have includes bands such as Metallica, The Who, and others. You will also find amazing gourmet food as well as some of the best local wines.

>> More on Outside Lands Music Festival

August is the time when the Stern Grove Concert Series ends its summer run. This event features free live music in the park on Sunday afternoons at 2pm. It's ends in the middle of August each year, so make sure to check it out if you are around the SF Bay Area in early August.

>> This year's performers and details to attend

The Nihonmachi Street Fair features free live entertainment. For two-days, you can listen to music that celebrates the Asian Pacific communities. It's held each year in the Japantown District.

>> Details on this year's celebration

Head over to the Mission District for the annual 20th Street Block Party by Noise Pop. It's a one day event with music all afternoon long. This free event starts at noon.

>> Visit their site for more details

This annual, free event offers performances in the heart of San Francisco's Union Square. You will find free activities every Sunday afternoon at 2pm and on Wednesday nights.

Another free event with live music is the Yerba Buena Gardens Festival. They offer several live performances each week between May and September.

We have some great San Francisco concerts in August. However, you will find some larger venues with bigger names all around the SF Bay Area. Here are some of the top Bay Area cities to catch a concert this August.

Other Fun Things to Do in San Francisco this August

In addition to San Francisco concerts in August, you will also find a number of other top events and activities. These are just some of the best.

Free Things to Do: Discover ways to stretch your budget even further in SF by checking out these great free things to do. They include free events, activities, attractions, and more. Click here to learn more.

All August Events: The month of August is full of fun events. On my monthly calendar, you will find the best including film festivals, street fairs, theater performances, and more. Click here for more information.

More Things to Do: In addition to these fun San Francisco concerts in August, you will also find other fun things to do including cruises, theater, walking tours, and so much more. Find my list of 50+ things to do this August in SF.