Catch a California Berkeley Golden Bears football or basketball game during your stay. Both teams play their home games just across the bay from San Francisco.

The Cal Bears are in the Pacific-12 Conference, which is often shortened to "Pac 12." Their opponents include the Stanford Cardinals, USC Trojans, and Oregon Ducks. 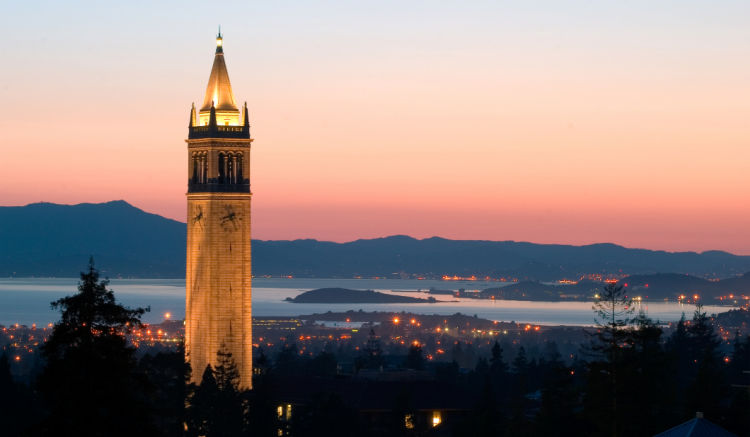 Read on for details on their home schedules, tips to attend a game, and ticketing information.

Here is the schedule of home games for the 2022 football season.

One of the Bears' biggest games every year is against Stanford. These two Bay Area college teams are fierce rivals, and the game always draws a large audience.

This year's Big Game is Saturday, November 19, 2022 in Berkeley. I recommend picking up tickets as early as possible because this game sells out well in advance.

The first place I recommend looking for California Berkeley Golden Bears basketball tickets is on TicketLiquidator. You can find tickets to sold-out games or better seats than what may be offered on the official site.

Top Hotels Near the University

If you want to stay near the games, you will find a variety of great options nearby. Three of the closest and best places to stay include:

You will also find several just outside of downtown. Many of the top options are near University Avenue on the western side of campus. Click here to read recent guest reviews and to book your hotel on TripAdvisor.com.

Tips to Get to Berkeley

It's easy to get to all of the California Berkeley Golden Bears games from anywhere in the Bay Area.

If you can, I recommend taking public transit. BART (the Bay Area Rapid Transit system) offers an easy way to get to all of the games. You will want to exit BART at the Downtown Berkeley Station and head east toward campus.

The walk to Memorial Stadium from this station is about one mile. However, this area is a haven for great places to stop along the way for something to eat or drink. You can also hop on the local bus, or use the Uber or Lyft app, to easily get from the train station closer to the stadium.

The walk to Haas Pavilion for basketball games is less than half a mile.

In both cases, just follow the crowd when you arrive and you will easily find the game.

If you plan to drive, make sure you arrive early to get a spot nearby. There are a few lots near each facility, but they fill up quickly.

You can also find a few garages downtown, but they often increase their prices and fill up quickly as well.

One of the oldest college rivalries in the U.S. takes center stage each year at the 'Big Game' against Stanford. The 1982 edition produced one of the most famous college football plays ever--now simply referred to as 'The Play'--in which the California Berkeley Golden Bears had to run through the Stanford band, already celebrating on the field, in order to score the winning touchdown.

Memorial Stadium is an impressive place to watch a game along with 63,000 screaming fans. It was modeled after the Colosseum in Rome, and built to honor UC Berkeley alumni and students who gave their lives to WWI.

The Golden Bears have played in 8 Rose Bowls, with 2 wins, 6 losses and 1 tie. They have won a total of 11 out of 22 Bowl Games. This team has produced many NFL stars, including Aaron Rodgers, Marshawn Lynch, and DeSean Jackson.

Men's basketball at Cal has been a tradition since 1915. The team experienced great success in the early years under the leadership of coach Nibs Price from 1924 - 1954, then reaching its pinnacle with coach Pete Newell, who led the Bears to their only NCAA title to date in 1959.

Apart from winning the 1959 national championship, the California Golden Bears reached the Final Four in 1946 and 1960, and have made a total of 19 NCAA Tournament appearances. The team held the Pac-10 conference championship as recently as 2009.