The San Francisco 49ers are ready to knock down, run over, and pass for touchdowns all the way to the Super Bowl Championship Lombardi Trophy this year. With a team loaded with talent, you are going to see a great game when you watch them at Levi's Stadium in Santa Clara.

Seeing the San Francisco 49ers play at home is a treat for any fan, no matter if they are locals or if they are just visiting the Bay Area. The stadium is state of the art, opening in 2014, and has basically every amenity you could imagine. The views from anywhere are incredible, the fans are ready to cheer their team onto victory, and since it is in Santa Clara, the weather is just right.

The National Football League has expanded their season to 17 games, with each team getting one bye week (which means they don't play at all). Depending on the year, the Niners may have either 8 or 9 home games a year. This year the Niners will have 1 preseason home game and 9 regular season home games.

With a total of 10 home games this year, you will have a lot of chances to see them since the NFL season (including preseason) runs from early August until early January. If the Niners make the playoffs, they could continue playing until the middle of February.

Find Tickets to This Year's Games 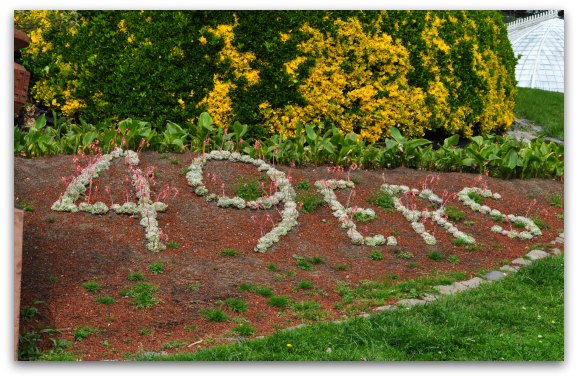 A temporary display outside the Conservatory of Flowers

Where do the San Francisco 49ers play their home games?

What is some of the information I need to know about getting to Levi's Stadium? Is parking available at the stadium?

Where can I buy tickets to the games?

Is Levi's Stadium kid friendly? Are there special seats for kids? How do I make sure my kid is safe and won't get lost?

What should I wear to a San Francisco 49er's football game?

What kinds of food options do they have at Levi's Stadium? If I have a restricted diet, such as gluten-free, vegetarian or vegan, are there options to purchase them?

What are some of the best places to eat or drink near the stadium?

Where can I stay near Levi's Stadium?

Where Do the 49ers Play?

You can also take the CALTRAIN or a BART Train and then transfer to a local bus.

Even though Levi's Stadium is in Santa Clara, which is about an hour's drive south of San Francisco, there are still a number of options for you to get to it. It also depends on if you are staying in Santa Clara compared to coming from somewhere else.  It is located at 4900 Marie P. DeBartolo Way and Tasman Avenue.

You will find several parking lots all around the stadium. However, they can fill up quickly.

Your best bet is to buy a parking ticket with your game tickets, so you have a reserved spot when you arrive. You can also buy both through TicketNetwork from those that can't attend the games.

It is worth getting to the stadium early, especially if you haven't been here before, just to check it out and see what it is like inside and out.

I recommend buying your tickets in advance. The games often well out and it's often difficult to buy them in person at the stadium on the day of the game.

Ticketmaster: They are the official retailer for San Francisco 49er tickets. You can purchase tickets for all of the games for this season. Find them all here.

At this time, the 49ers do not give any discounts. However, children under the age of 2 are free.

The San Francisco 49ers, and Levi's Stadium, are fully dedicated to making watching a game the most enjoyable experience for any fan. In that regard, they have made sure that the stadium is full ADA compliant and is easy to access for people with disabilities. Some of these include the following:

Information For Families and Kids at Levi's Stadium

Levi's Stadium is a great place to bring your kids when you watch a Niners game. One of the reasons is that if your child is 2 years or younger, you will not have to buy them one of the San Francisco 49ers tickets. However, the child must stay on your lap during the game and not move to a seat.

There are wristbands that you can get with your contact information as well as seat location. This will allow any staff member to help find your if you and your little one get separated.

Strollers are welcome as long as they can be stored under a seat or in an aisle. The stroller may not block the aisle because of safety regulations. If you want, you can store the stroller at one of the Guest Service Stations.

Baby changing stations are located throughout the stadium. They are on all three levels of it.

There are three breastfeeding stations in the stadium that are easily accessible.

There are 5 family restrooms so any adult or family member can take their child there.

Diaper bags are permitted and so is baby food as long as it is shown to staff.

What Should I Wear to a Game at Levi's Stadium

The weather inside of Levi's Stadium is different based on where you sit. The eastern side of the stadium often sits in the sun and it can get extremely hot in these sections. If you have seats here, I would suggest wearing as light of clothing as possible if you are on that side of the field. We usually wear shorts, a t-shirt, and a baseball hat.

Depending on the forecast, we might wear a wide-brimmed hat to cover up even more of our face and neck. Make sure to bring sunblock also. At times, we might also bring a light windbreaker since the weather is somewhat unpredictable and could get cold if the winds pick up.

If you are on the other side, you can wear pretty much anything. We still like to wear shorts, and a light shirt, since the bay area is very relaxed and casual.

It is best to check ahead and plan accordingly. I would suggest it might be worth making sure your San Francisco 49ers tickets are exactly where you want them to be before buying them. It might even be worth your time to call the stadium and see what they are planning it to be like just in case.

Do you need some great 49ers gear for a game? Discover one of the largest collections at Amazon.com. They have everything you need from the latest jerseys to warm, 49ers jackets.

Levi's Stadium is a food lover's delight since there are so many restaurant. You can easily find something that will fit any diet including keto, vegetarian, vegan or more.

Each level of the stadium has around 10 - 15 different restaurants or food and drink stations. All services in Levi's Stadium are cashless.

Restaurants and Bar Near Levi's Stadium

If you want to grab a bite to eat, or drink, before or after the game, then this is the area for you. There are so many great local restaurants here that you will love it. Some of these include TusCA, Bistro Siam, David's Restaurant, and Parcel 104. They are all within a 10 minute walk, so you can take your time. There are also chain restaurants and fast food joints nearby if you are in a rush.

Being that there are so many options, you will be sure to find something no matter your dietary needs or restrictions.

Hotels and Places to Stay Near Levi's Stadium

If you want to stay near the stadium, you have quite a few options that are within walking distance.

A few that are just a little further away, but still walkable on game day include:

Before booking, make sure to check out the deals on TripAdvisor for Santa Clara hotel rooms. They offer up to a dozen specials from room discounts to free WiFi or breakfast. Click here to check out the current offers in this area.

Note: The prices listed are just an estimate to give you an idea on where the room prices start. They will vary according to how full the hotel gets and will increase as it gets closer to a game day. I recommend booking as far in advance as possible, as the prices will not only increase, but also the rooms will sell out.

Being that the stadium was built from the ground up, it has been structured so that it has some of the best views, numerous restaurants and bar, ADA access, and much more for your game watching enjoyment.

They have a seating capacity of 68,500 fans. There are 9,000 club seats and loads of restaurants and even a cool museum just outside it that has numerous exhibits so you can learn more about the history of the Niners and their Super Bowl winning ways.

Other Local Sports Teams in the Bay Area

Are you looking for additional fun things to do in San Francisco during your stay? Cick the links below for a full calendar of events for each month.