The Golden State Warriors NBA team is back in action this season in their home in San Francisco, the Chase Center. The 2022 / 2023 NBA Champs start their preseason in October with their regular season games starting later that same month.

Here you will find information on Warriors tickets 2022 / 2023, their home schedule, and tips to attend a game.

If you happen to be in the area during basketball season, then I highly recommend heading over for a game! 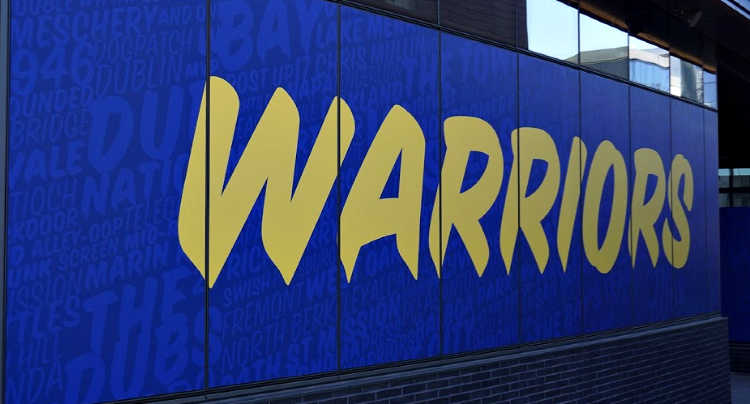 When do the Golden State Warriors play again? Below you will find details for the post season play for 2022 / 2023.

Find tickets for all games at the Chase Center in January.

Find tickets and the schedule for the Warriors in February 2023.

Find the schedule and tickets this month for the Golden State Warriors.

Ticketmaster.com: The first place to look for tickets is on Ticketmaster. They are the official retailer for Golden State Warriors tickets. If you are buying way in advance, this is where you want to look.

Click here to find tickets to Warriors games on Ticketmaster.

TicketLiquidator.com: If the games are sold out or you want better seats than what's available on Ticketmaster, then the next place to look for Golden State Warriors tickets is on TicketLiquidator.

They are a ticket reseller that offers amazing seats to the game. Keep in mind, though, that seeing these NBA Champions up close can be pricey.

Check out the selection of tickets on TicketLiquidator.com.

Best Hotels Near the Chase Center

The Chase Center is located in SF's Mission Bay District. The new facility is right on the water and is just being built up. There are no hotels right around the facility, but here are a few that are easy to access via public transit or by car.

Hyatt Place SF Downtown: This hotel is in the China Basin District, which is just a couple of stops away on public transit. It's about a mile walk too, if you prefer to explore on foot on your way to a game. This 3-star hotel has a bar/restaurant on site as well as free internet and breakfast. Some of the rooms have amazing views of the city and/or waterfront area. It's at 701 3rd Street. Find room rates and availability on Booking.com.

Hotel Via: Just a few doors down from the Hyatt Place is Hotel Via. This 4-star hotel has soundproof rooms, suites, and a rooftop terrace. It's another great find that is relatively close to the Chase Center. It's at 138 King Street. Find rates and availability on Booking.com.

Hotel Vitale: A little further down the Embarcadero near the Ferry Building is the Hotel Vitale. It's a great option as it's right on the train line that takes you to the games. This 4-star hotel is a beauty. It's right on the waterfront, so most rooms have great views. There is also an in-house spa as well as a wonderful onsite restaurant. It's located at 8 Mission Street. Find room rates and check for availability on Booking.com.

Tips to Get to the Games

The best way to get to the game is to take public transportation. Muni has a station right across the street from the Chase Center, making it an easy walk from there.

The stop is UCSF/Chase Center and is serviced by the T line. You can pick up the T anywhere along Market.

You can also pick it up along the Embarcadero at all stops south of Market Street (the first one is Embarcadero & Folsom).

In addition to the Muni light rail line, there will also be shuttles taking people from downtown BART Stations. There will also be a game and concert only ferry service that runs from Larkspur, Oakland, and Alameda to Mission Bay (just north of the stadium).

Driving is an option, but is going to be a real challenge at the new stadium. There are a limited number of parking spaces and not nearly enough to meet the needs of all attendees.

There is also little parking in the neighborhood, so I highly recommend taking public transit to get here.

The Bay Area's beloved NBA team was first established in Philadelphia in 1946, then relocated and became the San Francisco Warriors in 1962. Later the name changed to Golden State, suggesting that the team represented all of California (they had been playing home games in SF, Daly City, Oakland, San Jose, and even San Diego).

From 1972 to 2019, the Oakland Arena became the team's exclusive home, where they clenched a legendary home-court NBA Finals Game 5 win in 2017.

Since the early 2010s, the Warriors have been led by the all-star team consisting of Stephen Curry, Klay Thompson, and Draymond Green. In 2015, they won their first NBA Championship in 40 years, marking the beginning of a dynasty.

The popular Warriors, affectionately known as the "Dubs," moved to the Chase Center in San Francisco in 2019 and suffered some setbacks and injuries. However, the superstar team is once again on top as the 2021/2022 NBA Champs.

For five consecutive years from 2015 to 2019, the Warriors made it to the NBA Finals. Remarkably, four of those were against the same team, the Cleveland Cavaliers. They managed to win three titles in those four years, in 2015, 2017, and 2018.

During the 2019 Finals series, the Golden State Warriors suffered some injuries and ended up losing to the Toronto Raptors in six games. In 2022, they came back to clench a Game 6 win against the Boston Celtics.

The Warriors hold the NBA record for best regular season with 73-9 wins. In recent years, the team has enjoyed the on-court leadership of stars Steph Curry, Klay Thompson, and Draymond Green, among others.

Curry is one of the few NBA players in history to win back-to-back MVP honors.

Other Warriors Hall of Famers include Wilt Chamberlain, Rick Barry, and Nate Thurmond.

In addition to Golden State Warriors games, you can easily attend other professional sporting events in the Bay Area year-round.

Oakland A's: The Oakland A's baseball team plays at the Coliseum from April to September. They often have 10 to 12 games a month at home. Click here for details on attending one of their games.

SF Giants: The San Francisco Giants baseball team plays all of their home games at Oracle Park in SF--about a dozen each month between April and September. Find the full schedule for this year, plus more about this popular local team.

SF 49ers: The SF 49ers are the other Bay Area football team. They play from August to January at Levi's Stadium in Santa Clara. Click here to learn more about them and tips to attend a game.

All Bay Area Sports: In addition to the teams mentioned above, you will find many other teams and information on sporting events--including hockey, soccer, and popular college teams--on this page. Click here to learn more.