The true history of Alcatraz dates back thousands of years, when this small island stood on its own in the SF Bay. Some of its first inhabitants were Native Americans.

For years, the land was overlooked. It wasn't until the mid-1850s, when the US government surveyed it, that a plan was devised to use it as a military fort. The location provided the prefect viewpoint to protect the opening of the Golden Gate straight (where the Golden Gate Bridge currently stands). 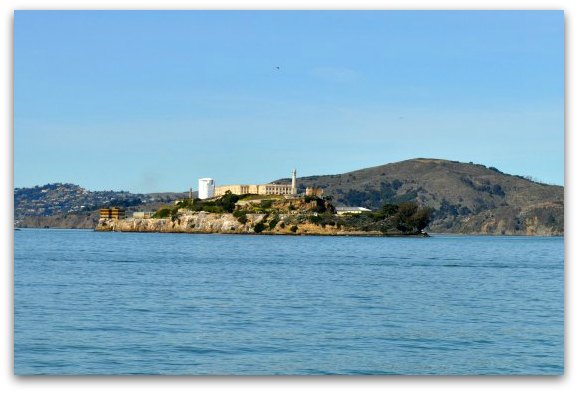 People often refer to Alcatraz Island as "The Rock" because it's made entirely of rock. To this day, there is no running water; it’s brought in from SF every morning.

Though Alcatraz started as a military fort, it was transformed into a military prison in the early 1900s, and that became its main function.

Once the military no longer needed the buildings, they turned the island over to the federal government. The US government decided to make it into a maximum-security prison, which opened in 1934.

From 1934 to 1963, Alcatraz housed many famous prisoners—or people who became famous due to their ties with it. When the prison first opened, the US government asked prison officials from around the country to provide a list of the worst of the worst prisoners in their facilities.

From there, they created a list of the first inmates that would be shipped here. Since it was deemed inescapable, the US government thought it was the perfect place to house the worst convicts in the system.

All of the cells here were single occupancy. The infamous "Rock" was never at capacity; on average, there were around 250 detainees here at any given time.

Here is a photo of one of the small cells that the residents lived in. 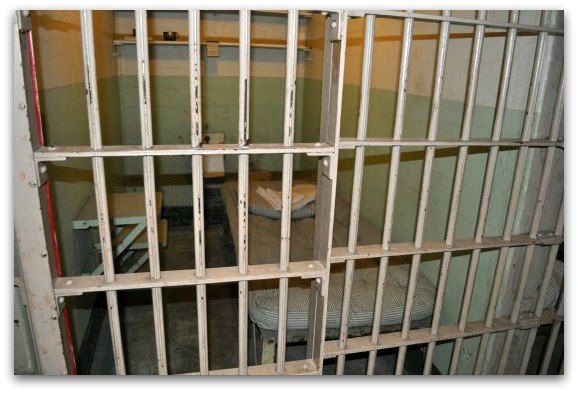 The part I love about visiting Alcatraz is hearing all the stories the guards used to tell the inmates to get them to behave—like that there were sharks living in the bay that would eat them if they tried to swim away.

FUN FACT: Sharks do live in the bay. However, they are smaller sharks that do not attack people swimming in the water. This story was made up to prevent these prisoners from attempting to escape.

Here is another intimidation story the guards used to keep prisoners in line:

When you tour, you will hear about dozens of other techniques used to keep these tough criminals in line during their stay.

Despite the guards' many efforts to intimidate the prisoners, there were fourteen escape attempts in all. The two most famous ones were the bloody Battle of Alcatraz and the 1962 attempt by Frank Lee Morris and the Anglin brothers. Discover more details on these escape attempts.

The Guards & Their Families

Even though the prison housed some of the most dangerous criminals in the world, a number of other people also lived on the island. Many of the guards and their families resided just steps away from the main cells.

There was a schoolhouse as well as other facilities for these families, but since there were no stores, they headed to San Francisco for their weekly shopping trips.

Closure of the Prison

The history of Alcatraz continues with the prison closure in 1963. It closed for a number of reasons, including the costs to house prisoners here, the crumbling buildings, and the later escape attempts in which the escapees were never seen again.

While the US government was thinking about a new plan for the island, a group of Native American activists occupied the island three times. They first tried to take it over in 1964, but only stayed for a few hours.

A small group came back in 1969. After eleven days on "The Rock," a full-scale takeover occurred, which lasted for 19 months.

At first, press coverage supported the takeover. They thought it was a great way to raise awareness about Native American issues at the time.

However, support dwindled as the occupation continued. The group was not able to continue to raise money to supply themselves with food and other necessities.

Finally, the US government removed the protesters in 1971. 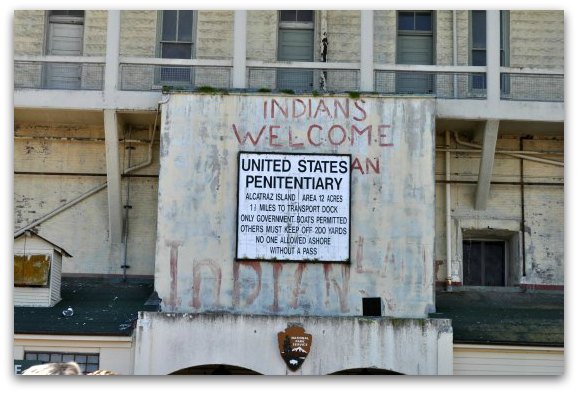 The legacy of this time period is still evident on the island today. During their occupation, the Native American occupants burned down a number of prison buildings and defaced a number of others.

After they were removed, the US government stepped in to tear down some of the buildings they destroyed.

Alcatraz then became, and is still part of, the Golden Gate National Recreation Area. This group maintains several of the large parks throughout the San Francisco Bay Area, including the Presidio and the Golden Gate Bridge.

Next to Alcatraz is another larger island called Angel Island, another very interesting historical landmark in the San Francisco Bay.

If you are looking to learn even more about the history of Alcatraz, there are a few great books on the market. My favorite is Letters from Alcatraz by Michael Esslinger. He's written a few other books on the topic, but this is one of my favorites. It includes personal letters from the inmates that illustrate first-hand what life was like on "The Rock."

Another great book, by the same author, is Alcatraz A Definitive History of the Penitentiary Years. This one has a broader range of information and does a great job of covering the high points of the history of the island.

The best way to learn more about Alcatraz is to visit. One of the most popular visiting options is the Alcatraz and San Francisco City combined tour.

This six-hour tour includes the ferry ride to and from Alcatraz and the audio walking tour around the island. It also includes a narrated tour of San Francisco that hits all of the top city attractions, including the Golden Gate Bridge, Fisherman's Wharf, Chinatown, the Presidio, the Palace of Fine Arts, and more.

Tickets for this tour—and for Alcatraz in general—sell out quickly during the peak travel season in San Francisco (April - October). Make sure you book your tickets at least six weeks in advance to secure your spot on this tour. Learn more about this tour and book your seat today!

Want to learn more about what it's like to visit Alcatraz before booking? If so, then head to the Tours page to find out what to expect from a visit to this popular SF attraction. 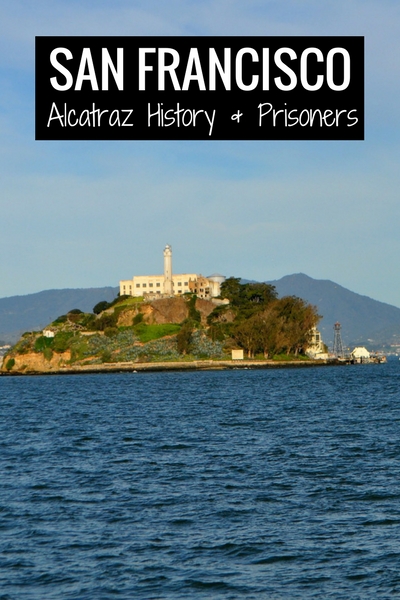