Escapes from Alcatraz: Infamous Escape Attempts from the "Inescapable" Island

In the 29 years the prison was open, there were 14 escape attempts. Those attempts included 36 prisoners, and none were considered successful (although one person made it alive to San Francisco during the final attempt - but was immediately caught and returned to the island). 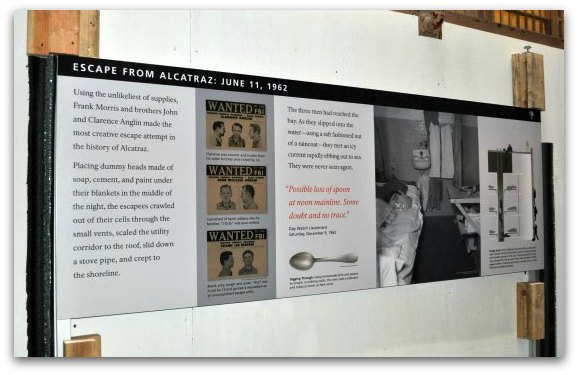 Five of the prisoners were never found. For years, prison officials stated those five must have drowned, since no one ever heard from them again. However, new evidence was recently recovered on the infamous 1962 escape attempt - read on to learn more!

Who was the first person to try to escape? The first attempt of the escapes from Alcatraz was on April of 1936. Joseph Bowers, inmate number 210 attempted to escape on his own. As he was climbing a fence, he was shot and killed by the guards.

One of the most famous attempts was named the Battle of Alcatraz. It was also known as the Alcatraz Blastout.

It was one of the bloodiest escape attempts in the island's history. On May 2, 1946, a group of six prisoners tried to take control of the main building.

The prisoners were able to overpower the guards to take control. The battle lasted for two days.

This is one of the escapes from Alcatraz where two officers were killed, and several others were wounded. Three of the six prisoners that attempted to escape were also killed in the battle.

Reinforcements finally came in and took back control on May 4. The remaining three prisoners went on trial for the murders during the Battle of Alcatraz.

The attempt by Frank Lee Morris, Alan West and John and Clarence Anglin was another famous event by daring inmates. This was one of the most thought out and sophisticated attempts in the prison's history.

Frank Lee Morris was the mastermind behind the plan. For seven months, the four inmates worked together to plan their escape.

Shortly before their planning began, officials decided to make the dining experience more intimate for the prisoners. Instead of long tables, they created tables of four. These four sat together every day, which gave them plenty of non-monitored time to plan their escape.

All four inmates prepared for their attempt by digging holes through the vent in their cells. The holes they created linked through to the ventilation ducts which they planned to use to get out of the main building.

This is one of the escapes from Alcatraz where they prepared for the attempt by creating rafts and dummy heads for their beds. The dummy heads made it look like someone was sleeping and allowed them more time for their escape. 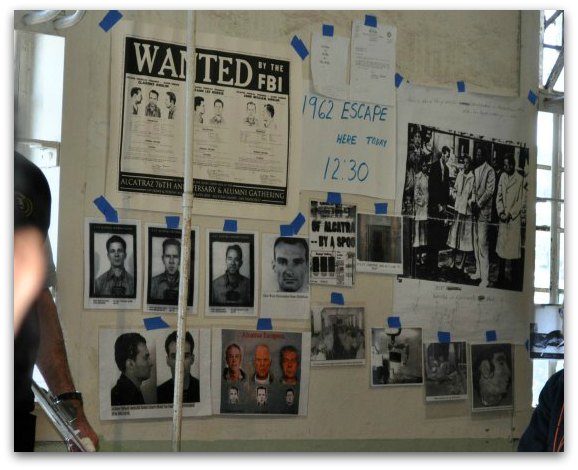 One of the best ways to learn more about this attempt is on Alcatraz. One of the park rangers is currently studying the case. After quite a bit of research, he got in touch with one of the Anglin sisters. He presents the current status of the case a few days a week during the day tours. The photo above is from my recent visit when he gave his talk.

One evening, after 9 pm in June 1962, the four inmates attempted their escape. They all placed their fake dummy heads in their beds, opened the covers to the vents, climbed through the ducts and outside of the main building.

Alan West had trouble getting his cover off his vent, so they left him. He ended up getting it off hours after the others, climbed through the vents and realized he was too late to escape with the other three. He then returned to his cell undetected.

How did the guards not notice they were missing? Each one placed a decoy head in their bed with real hair one of them stole over time from their work in the barber shop on the island.

Due to the decoy heads, the guards didn't notice the missing prisoners of Alcatraz until after 7 am the next morning. This gave them plenty of time to get away.

Once the guards noticed they were missing, the prison went into lock down. A massive search for the missing prisoners of Alcatraz followed.

The three prisoners were never seen or heard from again. Most of the evidence found led the authorities - at the time - to determine that all three drown in the San Francisco bay during the escape attempt.

New evidence is surfacing every day on this case. Did they really drown, or did they make it? Some believe that they did make it.

National Geographic recently did a documentary on the incident with the new federal marshal assigned to the case. His investigation, including newly discovered information, will make you think twice about whether they made it or not.

The documentary is called Vanished from Alcatraz. If you are fascinated by this story, you will LOVE this documentary.

How old would they be if they were found alive today? Frank Lee Morris would be in his late-90s and the Anglin brothers would be in their early 90s.