Ocean Beach San Francisco: Things to See & Do Near this SF Beach

Ocean Beach San Francisco is where the city meets the Pacific Ocean. This six-mile long San Francisco beach is popular with surfers and those wanting to get away from the crowds

In addition to its relaxed atmosphere, you will also find some fun things here including the famous Beach Chalet and the San Francisco Zoo. 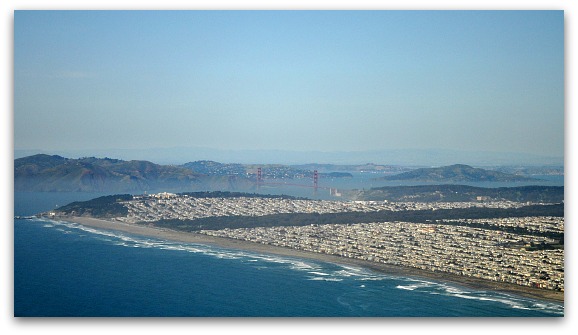 The long skinny beach at the bottom of the picture is Ocean Beach, which is about six miles long from north to south.

Here are a couple of pictures of this gorgeous attraction from one of my last visits. 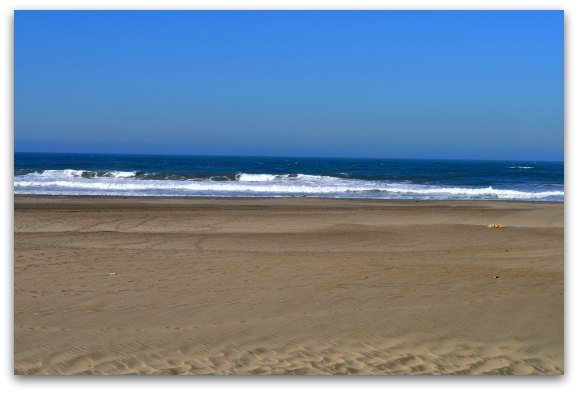 A view facing west toward the Pacific Ocean 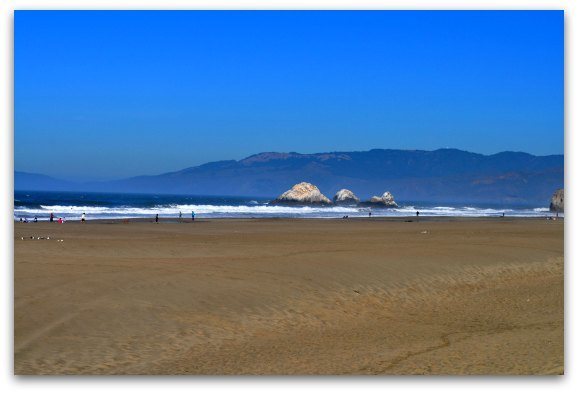 A view looking at the northern end of Ocean Beach

More than 2 million people visit this beach every year.

Cautionary Note on Swimming or Wading at Ocean Beach

Before I get started with all of the fun things to do here, I do want to talk a little bit about why this is one of the most dangerous beaches for swimming or wading in the United States. Many people are not aware of this and some have drowned just soaking their feet in its unassuming waters.

Ocean Beach San Francisco is in a unique place and has some unusual issues due to its placement near where the waters of the Pacific Ocean and the SF Bay meet. This creates instability in the water, which causes extreme riptides.

Every day, billions of gallons of water and sand are pouring out into the Pacific Ocean from the SF Bay. In turn, the Pacific Ocean is pushing in water toward shore. Combined with the cool ocean breezes, the movement of these mass amounts of water creates dangerous and life-threatening riptides.

Unless you are used to swimming in extreme conditions or are a very strong swimmer, I recommend admiring Ocean Beach San Francisco from the sand.

Top Things to See & Do Here

As I mentioned above, there are some fun things to do on or nearby. Here are just a few of the things you can check out during your visit.

With the above caution in mind, you will find plenty of surfers at Ocean Beach San Francisco. While you won't find any record breaking waves here, it is a popular place to go surfing.

Most surfers head out near the main parking lot across the street from the Beach Chalet. It's never overly crowded - so it is the perfect place to surf for those with some experience. 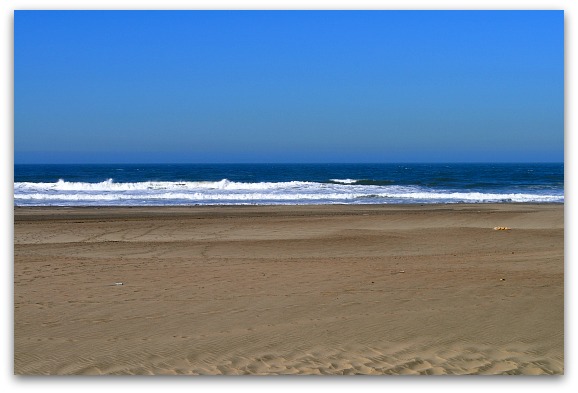 If you are looking for some larger waves, the best time to surf here is during the winter months. This is when the storms move in and the waves are the highest. This is also when it's a little more dangerous, so use caution when surfing here.

Grab Lunch at the Beach Chalet

The Beach Chalet is a popular stop for people visiting the area. Restored in 1996, this 1925 Spanish Revival building houses several updated murals and the Golden Gate Park Visitor Center. 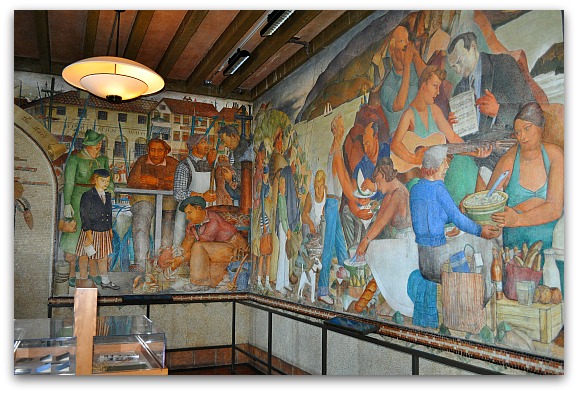 Just steps from Ocean Beach San Francisco, you will find two historic windmills. At one time, both windmills were used to pump more than 1,000,000 gallons of water every day.

Once they were no longer needed, they fell into disrepair and were in bad shape for many years. Recently, the outside of both windmills was restored to their former beauty.

Here are just a couple of pictures from my last visit. 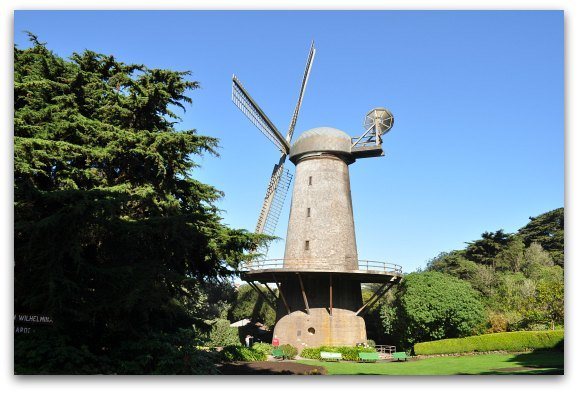 The North Dutch Windmill stands at around 75 feet tall. In addition to restoring the outside of the windmill, they also added a beautiful tulip garden in front of it. The best time to visit is in the spring when the tulips are in full bloom. 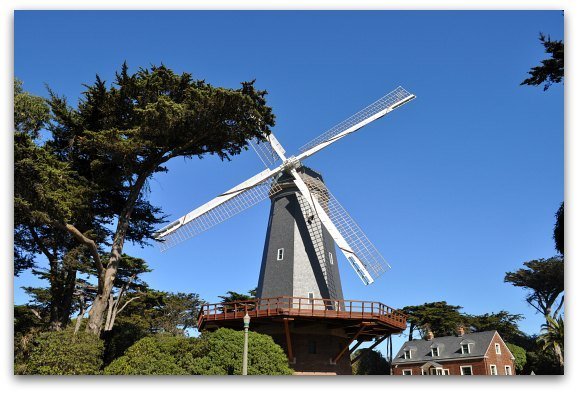 This is the Southern Murphy Windmill. It was recently renovated on the outside, but still needs work to turn it back into a functioning windmill.

On the southern side of Ocean Beach San Francisco, you'll find the zoo. It's a fun place to visit for kids of all ages. Here you can see a variety of animals from polar bears to gorillas. 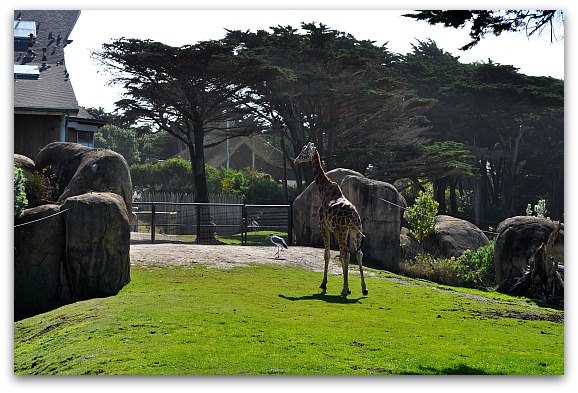 The zoo also has a number of rare animals including a snow leopard, endangered tigers, and an Eastern Black Rhinoceros from Africa.

The water temperatures at Ocean Beach San Francisco are cool all year long. They range from about 50 to 60 degrees throughout the year. In the winter months, you will find temperatures around 50 to 55 degrees with average temperatures being the coolest in both January and February.

In the late summer months, the waters will warm up to around 60 degrees. August and September offer the warmest water each year.

It stays this cool as most of the water is coming down from the Arctic Ocean. In addition, upswells bring cool water from the bottom of the ocean which in turn keeps the water a steady, but chilly temperature all year long.

I recommend always wearing a wet suit when you swim or surf in the waters around Ocean Beach as it's always cool.

The weather here is quite a bit cooler than the rest of the city. The cool winds come in from the Pacific Ocean and keep this area nice and cool. 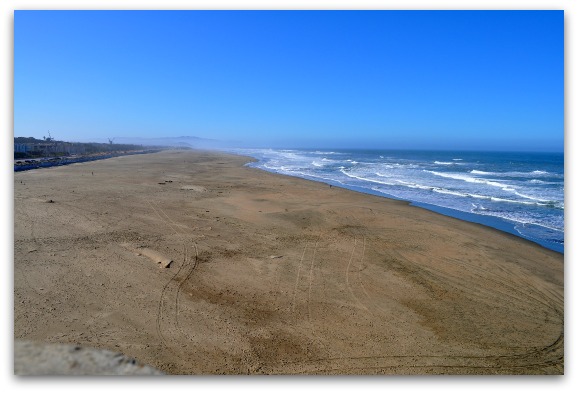 A clear day in the Spring at Ocean Beach San Francisco

Due to its close location to the water, this part of San Francisco also receives quite a bit of fog. This is another thing that keeps the temperatures in this area of SF a little cooler. 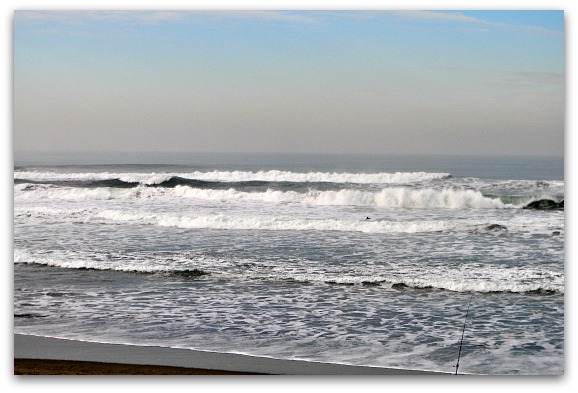 When you visit this area, you should bring along a jacket or a sweater to stay warm. You'll also want to wear good walking shoes - as you'll probably do a little walking when you're in this area.

Learn a little bit more about the temperatures around the city of San Francisco.

Here are a couple of options if you want to stay close to Ocean Beach San Francisco. All all of the hotels nearby are budget friendly and offer a very laid-back experience.

Room Rates: Starting at around $75 a night

The highest rated lodging option near Ocean Beach San Francisco is the Ocean Park Motel. This motel is located on the southern end of it near the San Francisco Zoo.

Guests consider this motel warm, comfortable and an exceptional value for your money. This Art Deco beauty includes a secluded garden Jacuzzi, a smoke free environment, and Internet access. You will also enjoy free parking.

Some of the rooms here include full kitchens and this motel also welcomes dogs.

Find the best rates and additional guest reviews for the Ocean Park Motel on TripAdvisor.

Room Rates: Rooms here are start at around $75 a night

Heading up to the northern end of Ocean Beach San Francisco you'll find the Great Highway Motor Inn. This is one of the best places to stay in this area.

It's a good budget friendly motel that is right across the street from the water. Amenities include free parking and a restaurant on-site.

You can also easily access downtown San Francisco by hopping on the N-Judah light rail train. It is just a couple of blocks south of the motel. The train takes about 30 to 35 minutes to get downtown.

As I mentioned at the top, the waterfront is more than 4 miles long. You can easily get to any part of it by taking public transportation or driving.Here are a few of the best options to get from downtown using public transit.

If you're planning on heading to the northern side, your best option is to take either the 5-Fulton bus or the N-Judah light rail. Both drop you off a block from the water near Beach Chalet.

The best option if you're heading to the southern side is to take the L-Taraval light rail train from downtown San Francisco. The final stop for this train is around two blocks from the entrance to the zoo. It's also about two blocks from the water.

It will take you between 30 to 35 minutes to get from downtown San Francisco to the water.