Festivals, Sports & Other Fun Things to Do

You will find several options for San Francisco, Oakland, Berkeley, and San Jose. I've also includes some great things to do in Napa, Sonoma and Monterey. 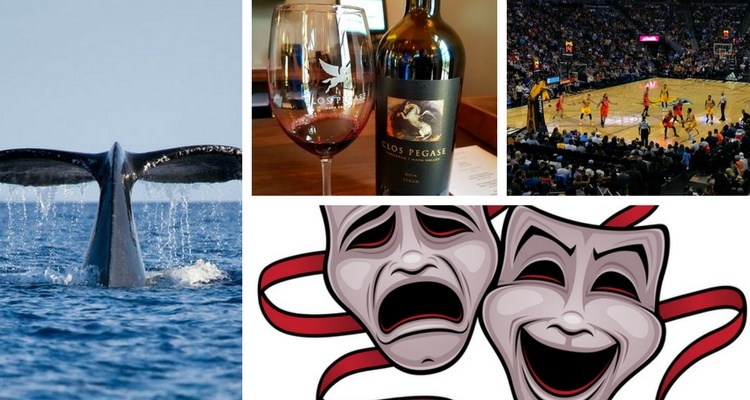 The whole Bay Area is crazy about their entertaining NBA team, the Golden State Warriors. It's always exciting to watch one of the hottest teams in basketball tear up the court at one of their home games at the Chase Center in San Francisco. So get on your blue and yellow, buy those tickets, and head to Mission Bay for an evening of fun. Goooo Dubs!

Another popular sport this time of year is hockey. A little winter chill outside sets the mood for entering the "Shark Tank" (SAP Center) to watch the San Jose Sharks play an exciting game on ice. Watch them take on teams like the Columbus Blue Jackets, Dallas Stars, and the Vancouver Canucks. The arena is just about an hour southeast of SF.

Evil Dead, The Musical returns to San Jose this January 2020. Their critically acclaimed show has toured the US and is coming back to its original location, San Jose!

It's a fun and funny event that is perfect for those that love the movie. Real fans will also love the section where you will get a little bloody (fake blood, of course) during the musical!

The show runs several dates between January 2 - 18. This is one you will not want to miss!

Among the best SF Bay Area events in January are the live theater shows taking place in the city and farther beyond. In fact, you have plenty to choose from all year round. The robust arts scene in the Bay Area welcomes Tony Award-winning Broadway plays like Hamilton and RENT, and also features more independent, local productions.

Bay Area theater companies perform a wide range of works, from comedies to dramas to experimental pieces, and each venue is also unique--some classic theaters, others converted barns and canneries, and others more cozy and intimate.

Within the city of San Francisco, there are several venues large and small to listen to live music by your favorite artists and local ones, too. The most popular include the Warfield, the Fillmore, and the Bill Graham Civic Auditorium.

In addition, the largest pop, rock, and R&B acts that come to the Bay Area often fill stadiums like the Oracle Arena in Oakland or the SAP Center in San Jose..

One of the annual SF Bay Area events in January is the Martin Luther King, Jr. march and festival on the MLK holiday celebrating his birthday. That Monday, there is a 1.5-mile parade and march from Oracle Park (formerly AT&T Park) to Yerba Buena Gardens, where it joins with the all-day poetry, music, and wellness festival.

Leading up to the march, there will be the Black Comix Arts Festival, the Liberation Film Festival, and the NorCal MLK Golf Classic.

It started as just a small sushi bar, but for years Yoshi's has been combining its fabulous Japanese cuisine with top notch live jazz. They've welcomed greats like Dizzy Gillespie, Betty Carter, Diana Krall, Max Roach, and hundreds more to their stage. Check out what this exciting night scene is all about at Jack London Square in Oakland.

The annual Bay Area Brew Fest is one of the most popular SF Bay Area events in March for beer and food lovers. At this festival, you'll spend the afternoon or evening on Pier 35 in San Francisco enjoying the bay views and coastal breeze while tasting dozens of international and domestic brews.

SF's best food trucks will also be on hand when you get hungry and need something delicious to help absorb the alcohol. Choose between the 12 - 4pm session and the 5:30 - 8:30pm session of unlimited pours, with a special hour just for VIP tickets.

>> Check ticketing availability on their site

What better way to kick off the year than with some great laughs at one of SF's top comedy clubs? This month, you can watch the performers at the Punchline and Cobb's in North Beach.

In addition, January 9 - 26 is the annual comedy festival, SF Sketchfest, which offers dozens of hilarious shows all over the city. And on top of all that, there's always a wonderful variety of improv, sketch comedy, and musical comedies to watch.

This March, you can attend Northern California's largest car show, showcasing the latest automotive technology in the business. You'll see a selection of electric cars and exotic concept vehicles, as well as classic cars and celebrity-owned luxury vehicles.

You'll also have the chance to test drive some products that aren't even on the market yet. Head over to the McEnery Convention Center in San Jose to marvel at Cadillac, Bentley, Audi, and Rolls Royce's top innovations.

Among the other SF Bay Area events in January, the Gem Faire is a wonderland for jewelry lovers, as it offers a whole convention center full of precious gems, crystals, beads, and more--at fair prices, straight from the importers, wholesalers, and manufacturers. Pick up great new pieces of jewelry for yourself or as gifts for people special to you, or take home some beads to make your own creations.

You've probably never been to an event like this Fungus Federation Fungus Fair! You'll see, learn, and taste everything you ever wanted to about different species of fungi through cooking demonstrations, speakers, hands-on activities, and a re-created woodland featuring hundreds of wild mushrooms. The event takes place over three days at the Louden Nelson Community Center in Santa Cruz.

This four-day festival held in the heart of California's wine country celebrates truffles, one of the most prized elements of international high cuisine. This unique event combines two essential aspects: chef expertise on fine cooking with truffles, and scientist expertise on truffle cultivation. Throughout the weekend, you'll have the opportunity to hear from both sides, as well as taste at the Truffles and Wine Dinner, and buy at the festival Marketplace.

>> All about the Napa Truffle Festival

>> Additional things to do this January in Napa

This year marks the 28th anniversary of Winter WINEland in Northern Sonoma County. During this two-day event, you'll have the opportunity to choose among the participating wineries along Wine Road to visit the vineyards, meet the winemakers, and sample some of their best bottles. Each winery will highlight limited production, new release, and library wines.

One of the most unique SF Bay Area events in January is the 9th Annual Whalefest, a free event that educates guests about the migration of gray whales in Monterey, the "whale watching capital of the world." This is an educational and interactive event for the whole family that includes documentaries, musical performances, a 60-foot model of Humphrey the Humpback Whale that attendees can climb inside, and other displays about marine life.

>> More info about the Whalefest 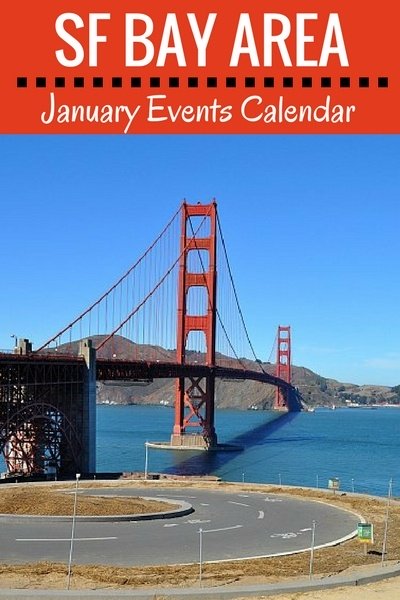 More Fun Things to Do Around the SF Bay